After a crazy week that resulted in his release in Oakland, reports say former Steelers wide receiver Antonio Brown signs with the New England Patriots 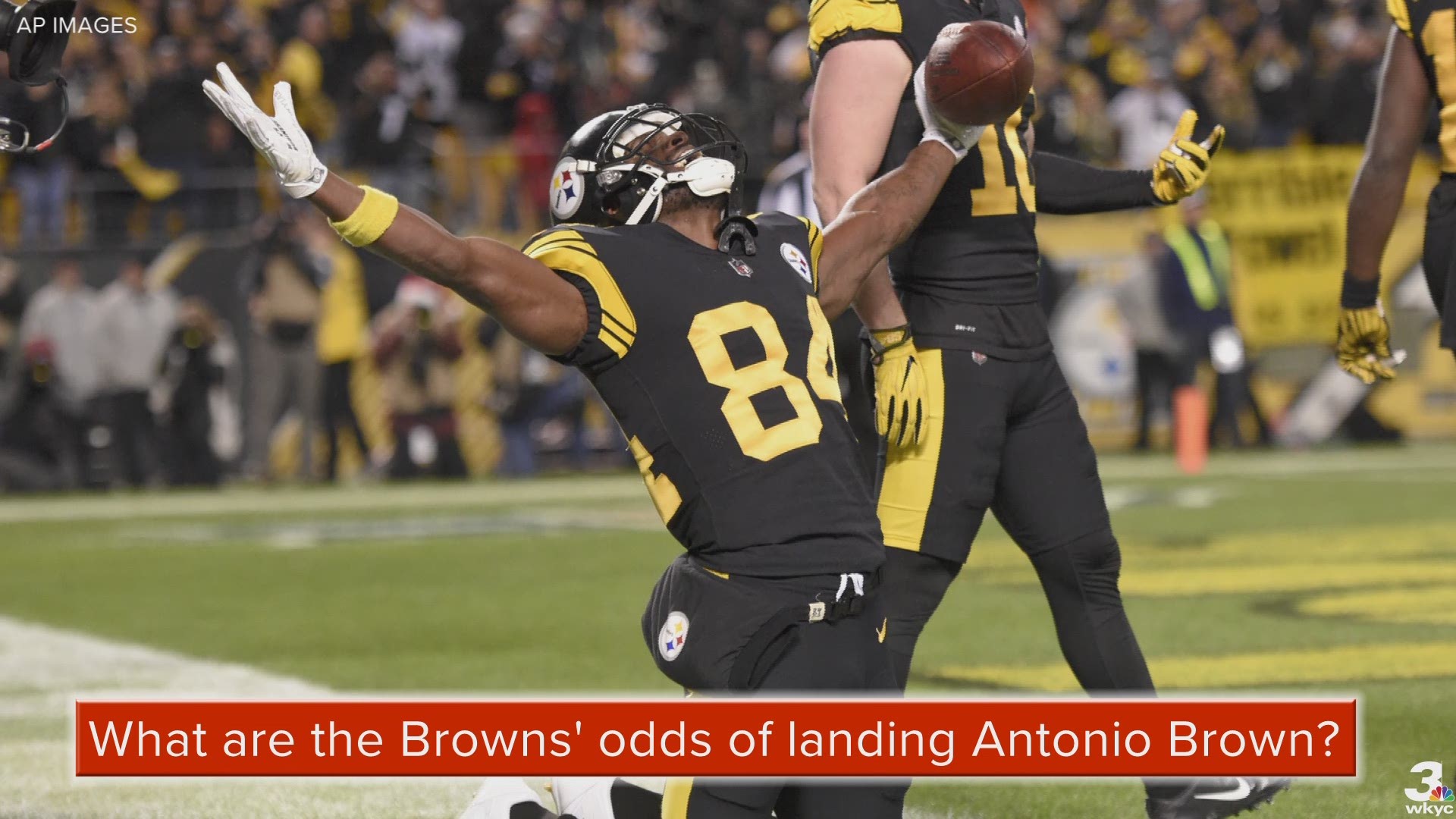 ALAMEDA, Calif. — Antonio Brown agreed to terms with the New England Patriots hours after the Oakland Raiders cut him, going from the NFL's cellar to the defending Super Bowl champions on Saturday despite wearing out his welcome with two teams in one offseason.

New England opens the season against the Steelers on Sunday night, when they will raise their sixth Super Bowl championship banner. Brown is unlikely to play, but even his presence on the Patriots' sideline adds a new wrinkle to his tumultuous tenure in Pittsburgh.

NEWS CENTER Maine's Jess Gagne and Clay Gordon will be in Foxboro Sunday and will bring you live reports from the Gillette Stadium turf.

Brown's agent, Drew Rosenhaus, confirmed the agreement to The Associated Press. Brown had been scheduled to earn up to $50 million from Oakland over the three-year deal. Instead, the Patriots guaranteed him $9 million this season, with the potential to earn as much as $15 million.

Brown posted a picture of himself in a Patriots uniform on Instagram shortly after ESPN first reported the signing. The post was soon liked by New England receiver Julian Edelman, who already was splitting quarterback Tom Brady's attention with one troublemaking receiver, Josh Gordon.

A Patriots spokesman did not immediately respond to a request for comment.

A four-time All-Pro who caught 837 passes over nine seasons with the Steelers, the team tired of Brown's antics and traded him to Oakland in March. But he never made it onto the field in a Raiders uniform.

Instead of providing them with a marquee star in their final season in Oakland before moving to Las Vegas, Brown gave them months of headaches, from a bizarre foot injury to a fight over his helmet to the blowups this week that ended his career there before it began.

The Raiders granted the disgruntled but talented receiver his Saturday morning, two days before their season opener.

"We just exhausted everything," Gruden said. "We tried every way possible to make it work. All I'm going to say is, it's disappointing."

Brown asked for the release after he was upset about his latest team fine over an outburst during practice at general manager Mike Mayock. That fine allowed the Raiders to void more than $29 million in guarantees over the next two years in Brown's contract if he wasn't on the team.

The Raiders traded two mid-round draft picks to Pittsburgh for the game's most prolific receiver and gave him a three-year contract worth $50.1 million that now is void; Brown could still file a grievance to recover the guaranteed money.

The moves on Saturday follow a week in which Brown posted a letter on social media detailing $54,000 in fines for missing team activities. (ESPN reported that he would be fined $215,073 for conduct detrimental to the team.)

Brown was banished for one day, then returned to the team and apologized in a meeting and in a brief public statement. Gruden said the plan was for Brown to play in the opener Monday night against Denver, but that changed after Brown requested and was granted his release.

The Raiders had been counting on Brown to spark an offense that lacked playmakers a year ago. Brown had 686 catches and 9,145 yards receiving the past six seasons in Pittsburgh, the best marks ever for a receiver in a six-year span.

But now they must move on without him.

"It's been an emotional thing for me," Gruden said. "I was very hopeful about what he could bring here. Unfortunately, it's not going to happen. He's a good guy. He's misunderstood by a lot of people but he's a good guy, a great player and I hope he gets what he's looking for."