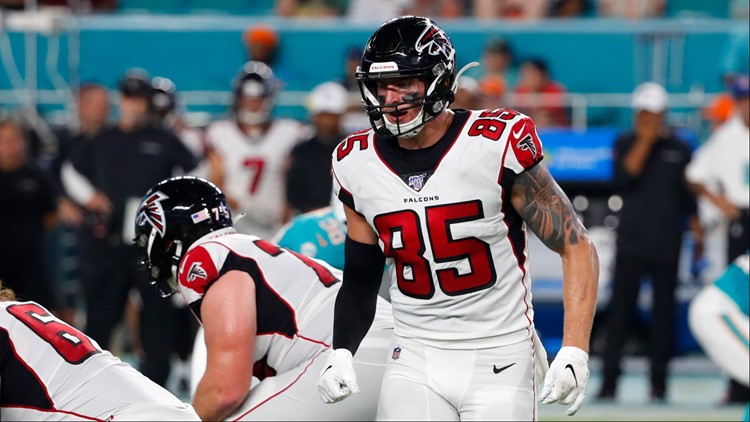 Photo by: AP Photo/Wilfredo Lee
Atlanta Falcons tight end Eric Saubert gets into position during the first half of a preseason NFL football game against the Miami Dolphins on Thursday, Aug. 8, 2019, in Miami Gardens, Fla.

Saubert, entering his third season, had five catches for 48 yards for the Falcons in 2018. He played in 16 games with one start. He had one catch for 7 yards in the Falcons' first two preseason games. Saubert was a fifth-round draft pick from Drake in 2017.

The Patriots have questions at tight end following Rob Gronkowski's retirement. Veteran Ben Watson will be suspended for the first four games following a positive test for a banned substance.

Austin Hooper, a 2018 Pro Bowl pick, is Atlanta's starting tight end. Luke Stocker and Logan Paulsen head the list of others competing at the position.