Robert Kraft through his defense lawyer has pleaded not guilty, waived his arraignment and requested a jury trail. 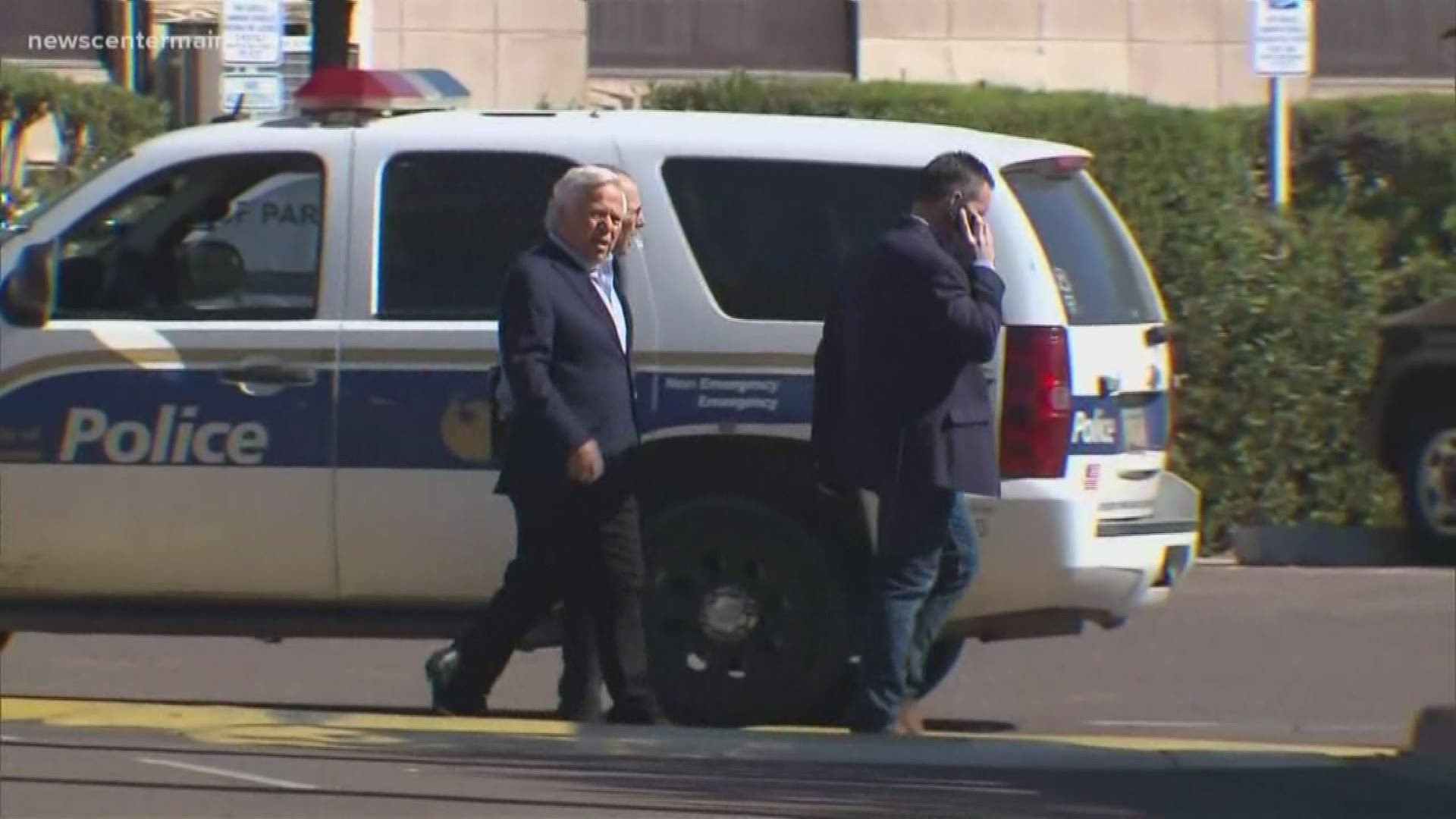 WEST PALM BEACH, Fla. — Patriots owner Robert Kraft has pleaded not guilty to all charges related to a Florida spa sting in which he's accused of twice soliciting prostitution.

Kraft has also waived his arraignment and requested a jury trial, according to a brief court filing submitted Tuesday on behalf of Kraft by his attorney.

The plea, waiving and request were sent via E-service to the Palm Beach County State Attorney's Office in West Palm Beach, Florida.

"Counsel having previously entered a Notice of Appearance on behalf of ROBERT KRAFT, hereby waives arraignment, pleads not guilty to all charges and requests a jury trail in the above styled cause," the filing reads, in part.

Kraft had an arraignment scheduled for Thursday at 8:30 a.m. regarding the soliciting charges, but it's now listed as being canceled.

Two other arraignments, one on Friday pertaining to a motion for protection order, and another on April 24, are also described as cancelled.

Kraft's next apparent court hearing is scheduled for April 9 at 8:30 a.m., per a separate filing, noted to be a case disposition.

Kraft, 77, was charged in February with two misdemeanors in connection with a prostitution case at Orchids of Asia Day Spa in Jupiter, Florida. Police said Kraft was caught on surveillance visiting the spa on Jan. 19 and 20, the latter being the same day of the Patriots-Chiefs AFC title game.