Maine United Telethon: Coming together when we all need to stay apart during the coronavirus crisis 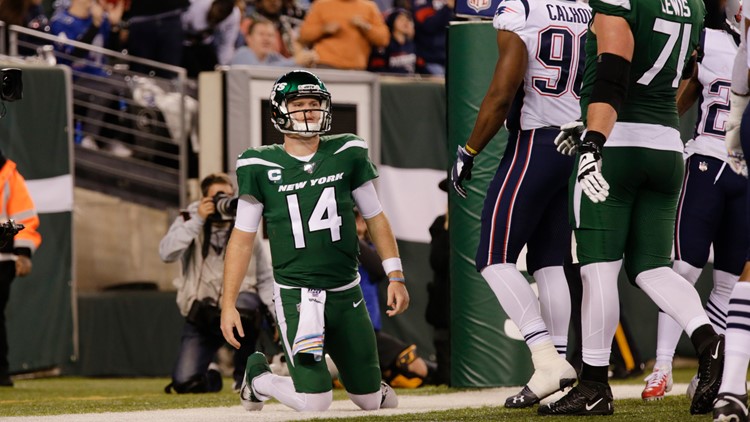 Photo by: AP Photo/Adam Hunger
New York Jets quarterback Sam Darnold reacts after the New England Patriots scored a safety during the second half of a game on Monday, Oct. 21, 2019, in East Rutherford, N.J.

NEW YORK — Jets coach Adam Gase says the organization is disappointed and angry quarterback Sam Darnold's comment about him "seeing ghosts" made it on air during the "Monday Night Football" game.

Darnold was wearing a microphone during ESPN's broadcast of New York's 33-0 loss to New England. After one of his five turnovers in the game, the Jets' frustrated quarterback was on the sideline when he made his comment that quickly went viral on social media after it aired.

Gase says Tuesday it bothered him and the team that the comment was broadcast and they're looking into their cooperation with the networks going forward.

Select players are mic'd up during prime-time games and NFL Films has a representative listening on site. The representative then will approve the comments to air - in this case, on ESPN's "Monday Night Football."