Ryan Newman injuries 'not life threatening' after crash at Daytona 500 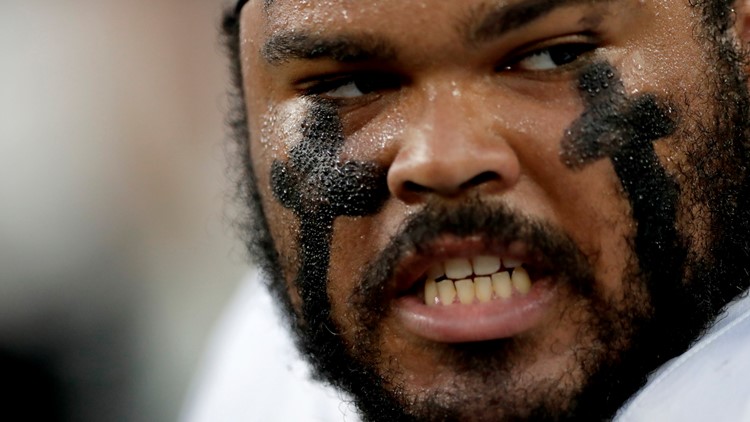 Photo by: AP Photo/Julio Cortez
Baltimore Ravens offensive guard Jermaine Eluemunor looks on while on the bench during the first half of a preseason game against the Green Bay Packers, on Thursday, Aug. 15, 2019, in Baltimore.

Gaps in the Patriots' offensive line? Quoth the Raven, 'Nevermore with Eluemunor'

Eluemunor was competing to be Baltimore's starting left guard, but evidently didn't make enough of an impression to keep around.

So the Patriots grabbed the former fifth-round pick to provide depth in the middle of the line.

The 6-foot-4, 335-pound Eluemunor played in eight games as a rookie in 2017 and in nine games last year, making one start.

The trade, made Wednesday, is pending Eluemunor passing a physical.