Augusta native and Patriots defensive end Derek Rivers made the trip back home with the trophy. 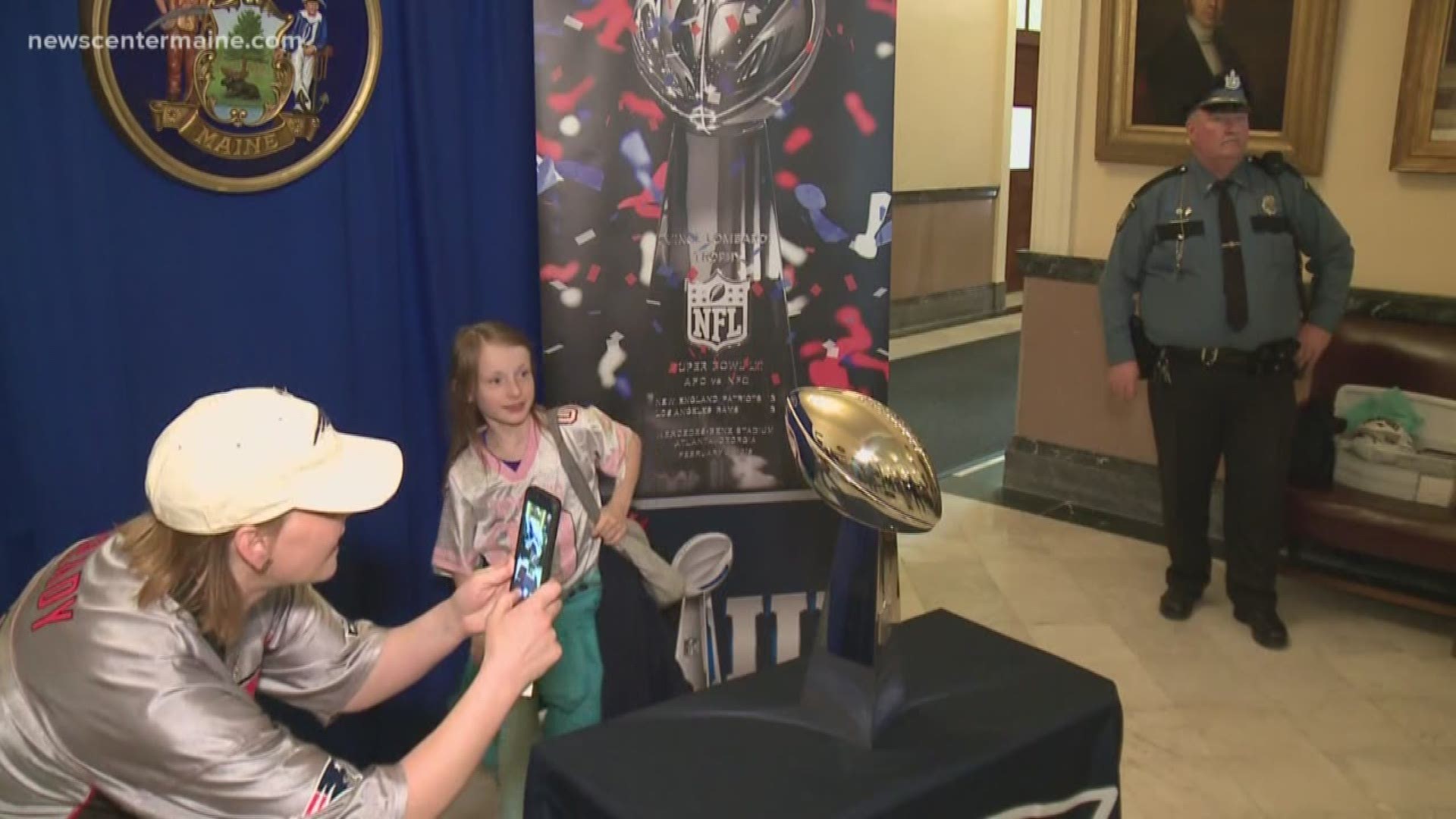 This one certainly differed in appearance from the five before it, featuring a brand new dent formed last week at the Boston Red Sox home opener.

Patriots tight end Rob Gronkowski used the trophy to bunt a baseball while warming up for a ceremonial first pitch.

New England claimed the trophy, its sixth, in February.

The public was welcomed to attend a viewing in the capitol's Hall of Flags from 1 to 4 p.m. Friday. Pictures with the trophy were permitted.

Hundreds of fans waited in line to pose with the dinged-up piece of hardware.

“It’s Gronk being Gronk. That’s his parting gift," said another.

Patriots defensive end Derek Rivers, who was born in Augusta, traveled up I-95 from Foxboro along with mascot Pat Patriot and a representative from the Patriots' cheerleaders. He made an appearance at about 2:15 p.m.

"If it was anybody to do it, it would definitely be Rob," said Rivers, who was standing next to Gronk when the damage was done. "Love that Dude to death. That’s just Rob, he’s a fun dude."

Rivers was the Patriots’ third round 2017 NFL Draft pick.

Gov. Mills spoke highly of Rivers at the event.