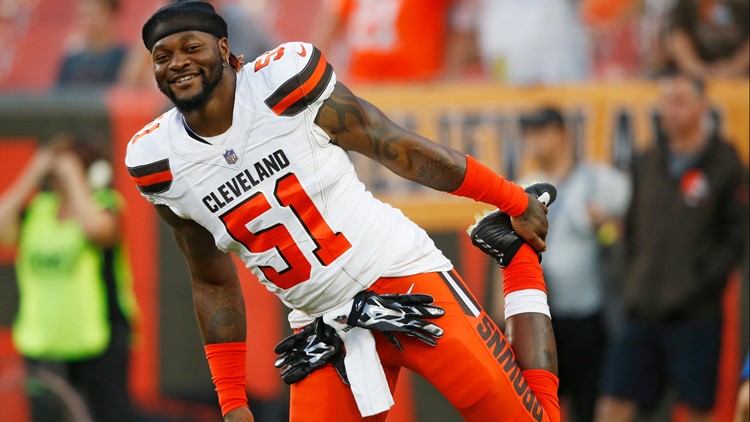 Photo by: AP Photo/Ron Schwane
Cleveland Browns linebacker Jamie Collins stretches before a game between the Browns and the Philadelphia Eagles on Thursday, Aug. 23, 2018, in Cleveland.

Collins is all in with the Patriots while Herron flies away

The 29-year-old Collins was a second-round draft pick by New England in 2013. He became a pivotal part of the Patriots' defense, appearing in 50 games over four seasons before being traded to the Browns in 2016. He was released by Cleveland in March.

Herron was signed by New England as a rookie free agent in 2018 and was released prior to the start of the regular season. He also spent time on the Seahawks' practice squad.

Frank Herron smiles for his team photo with the New England Patriots after being signed as a rookie free agent in 2018.
AP Photo