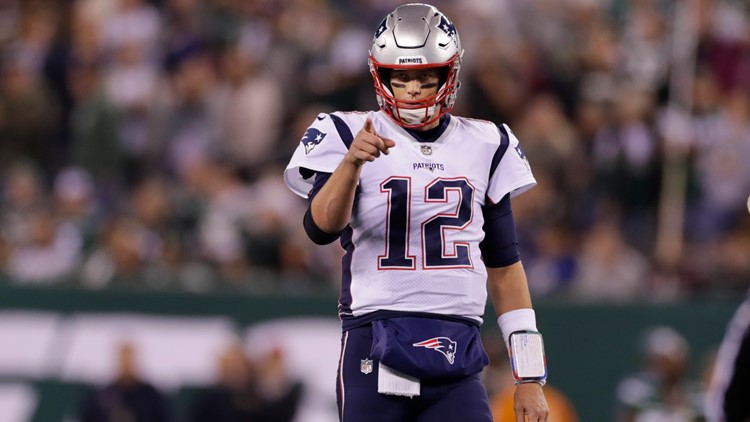 Photo by: AP Photo/Adam Hunger
New England Patriots quarterback Tom Brady points to Benjamin Watsonafter a play during the first half of a game against the New York Jets on Monday, Oct. 21, 2019, in East Rutherford, N.J.

FOXBOROUGH, Mass. — Authorities say a Rhode Island man visiting the New England Patriots Hall of Fame took a Tom Brady jersey off a display and walked off with it.

Zanini Cineus, of Providence, was freed on personal recognizance after a not guilty plea to a larceny charge was entered on his behalf at his arraignment Thursday.

Police say the 33-year-old was wearing the jersey under his jacket when he was apprehended Thursday still in the vicinity of the hall of fame.

Police say the signed jersey is worth $10,000. The team says it had not been worn in a game.

RELATED: Here's why tiny Browerville, MN got a Super Bowl shout out

Brady's game-worn jersey was stolen out of the locker room after the Patriots' 34-28 overtime Super Bowl victory over the Atlanta Falcons in 2017.