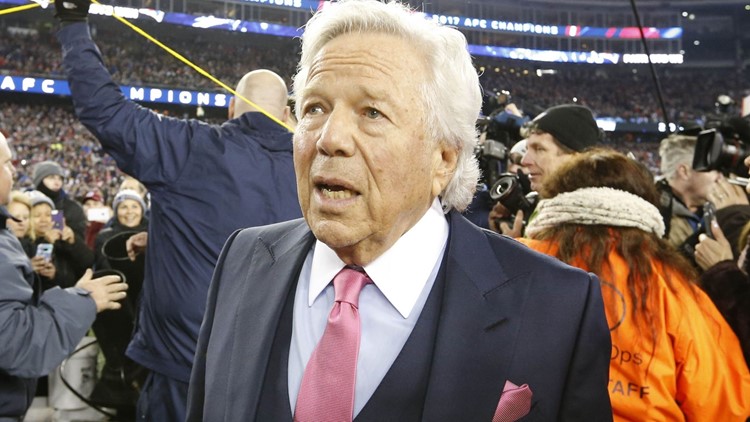 FOXBOROUGH, Mass. — New England Patriots owner Robert Kraft has pledged to donate $100,000 to help the families of seven motorcyclists killed in a collision with a truck last month.

RELATED| Laconia to Randolph: Here's the route for Saturday's 'Ride for the Fallen 7' in N.H.

Kraft joined thousands of bikers from across the country outside of Gillette Stadium on Saturday for a memorial service organized by the Jarheads Motorcycle Club, to which the victims of the crash belonged.

Manny Ribeiro, the Jarheads president, says the event took two weeks to organize and would not have been possible without Kraft. Ribeiro says bikers from as far as Louisiana and Arizona rode in for the event to pay their respects.

George Loring, another Jarheads member, says the unwavering support the group has received since the June 21 crash is helping the group heal.