Panthers select CB Horn with No. 8 pick in the NFL draft

The Panthers passed on quarterback Justin Fields to help upgrade their defense. Horn was the first defensive player selected. 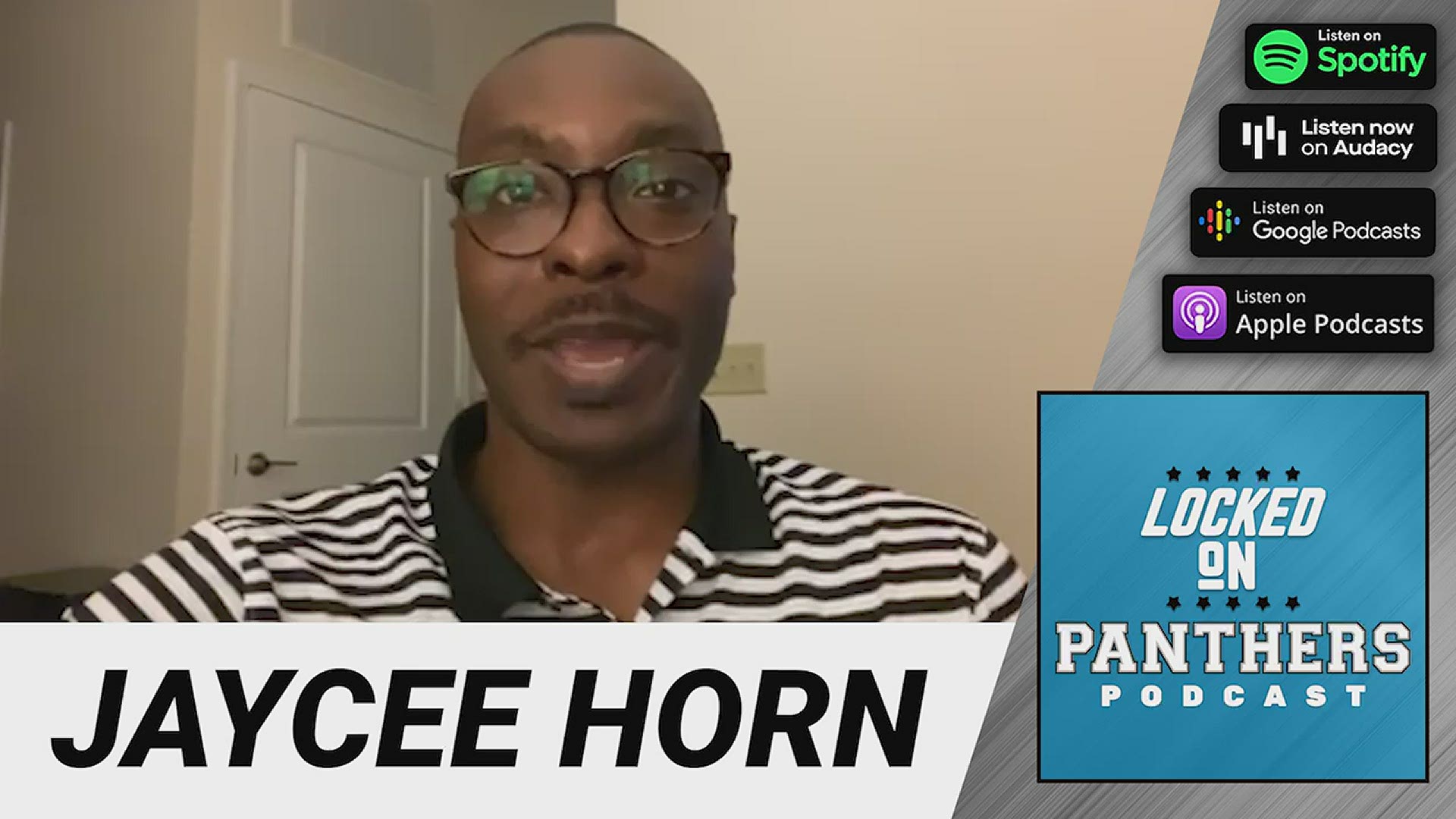 CHARLOTTE, N.C. — The Carolina Panthers selected cornerback Jaycee Horn from South Carolina with the No. 8 pick in the NFL draft on Thursday night.

The Panthers passed on quarterback Justin Fields to help upgrade their defense.

"I'm not going to talk about other players," said coach Matt Rhule. "We brought Sam (Darnold) here for a reason."

Horn appeared in 30 games for the Gamecocks and had 101 tackles and two interceptions. He fills a need for the Panthers, who struggled in pass defense a year ago.

Horn's father, Joe Horn, played 12 seasons in the NFL as a wide receiver.

"He's a rare physical specimen, who also has the pedigree that's hard to find,"
said Rhule.

"I never disliked the Panthers," said the younger Horn. "I know he had a couple big games, (but) nothing ever negative about them."

Horn was convinced that the Panthers would pick him because Rhule was a constant presence in his life after South Carolina's Pro Day, and even called him Wednesday night on the eve of the first round.

"When Coach Rhule came to my Pro Day, I had an idea that they liked me," said Horn. "I was coming in to today hoping they'd grab me at eight. That was a perfect landing spot for me."

Rhule on Horn: "When you look at the NFC South, the big receivers you have to face week in and week out, it's gonna take a lot of guys who can cover, and also cover really big men. There's a size matchup in the NFC South that matters and he checks that box for us."

Locked On is the leading podcast network for local sports and is owned by WCNC Charlotte's parent company TEGNA.
Listen to Locked On here.

With the 8th Pick the Carolina Panthers take the first defensive player of the 2021 NFL Draft.@JulianCouncil reacts to the selection of Jaycee Horn pic.twitter.com/EGlw6BsfDl