According to several reports, the Notre Dame standout is moving up fast on many teams' draft boards. 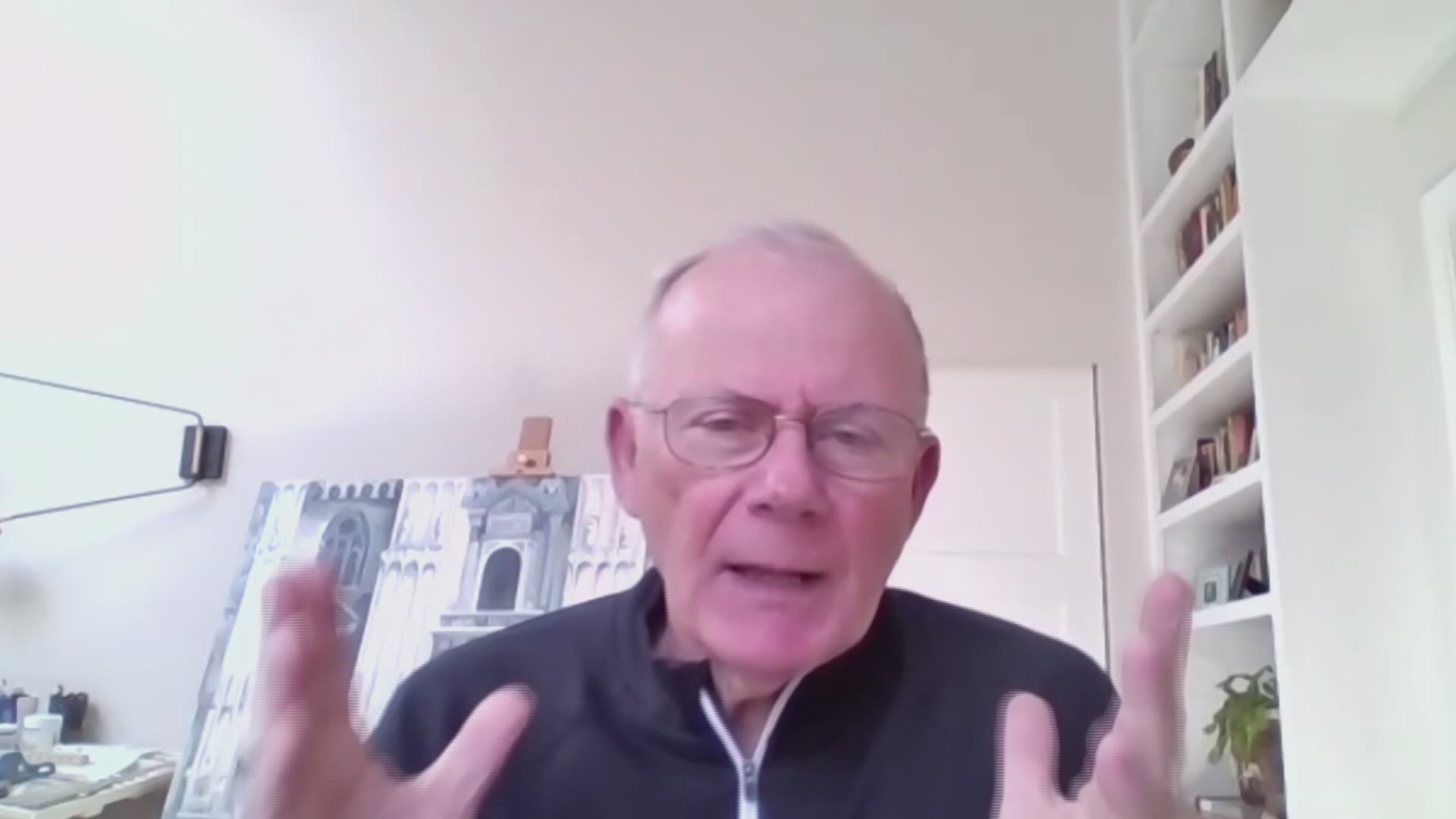 CLEVELAND — It just feels right that a prospect from Northeast Ohio should be taken in the first round of the 2021 NFL Draft when it is being held in Cleveland.

Former St. Ignatius Wildcat Liam Eichenberg is hoping to get that call this evening.

The draft stock of the Notre Dame standout offensive lineman is moving up fast, according to several national reports.

The NFL Network's Ian Rapoport put Eichenberg among a list of five players who could be picked earlier than anticipated.

ESPN has also sung the praises of Eichenberg, including a pick by college basketball announcer Dick Vitale during the mock draft on the Keyshawn, JWill, and Zubin show on ESPN Radio.

The fact that teams are falling in love with Eichenberg is not a surprise to his high school coach, St. Ignatius' Chuck Kyle. "God-given talent and he's a big kid," Kyle told 3News' Nick Camino during a recent interview. "But the number one characteristic is work ethic. That's why he's in the position he's in. You go to a major program like Notre Dame and you're a starter for three years."

Kyle also says that he's heard from several NFL teams in the lead-up to tonight's NFL Draft who have questions about Eichenberg. "They do their homework, that's for sure," said Kyle. "What I would say is his work ethic is outstanding. He'll be that type of guy that takes his job seriously."