Locked On Colts host Evan Sidery looks at the Colts picks from the NFL Draft in Cleveland. 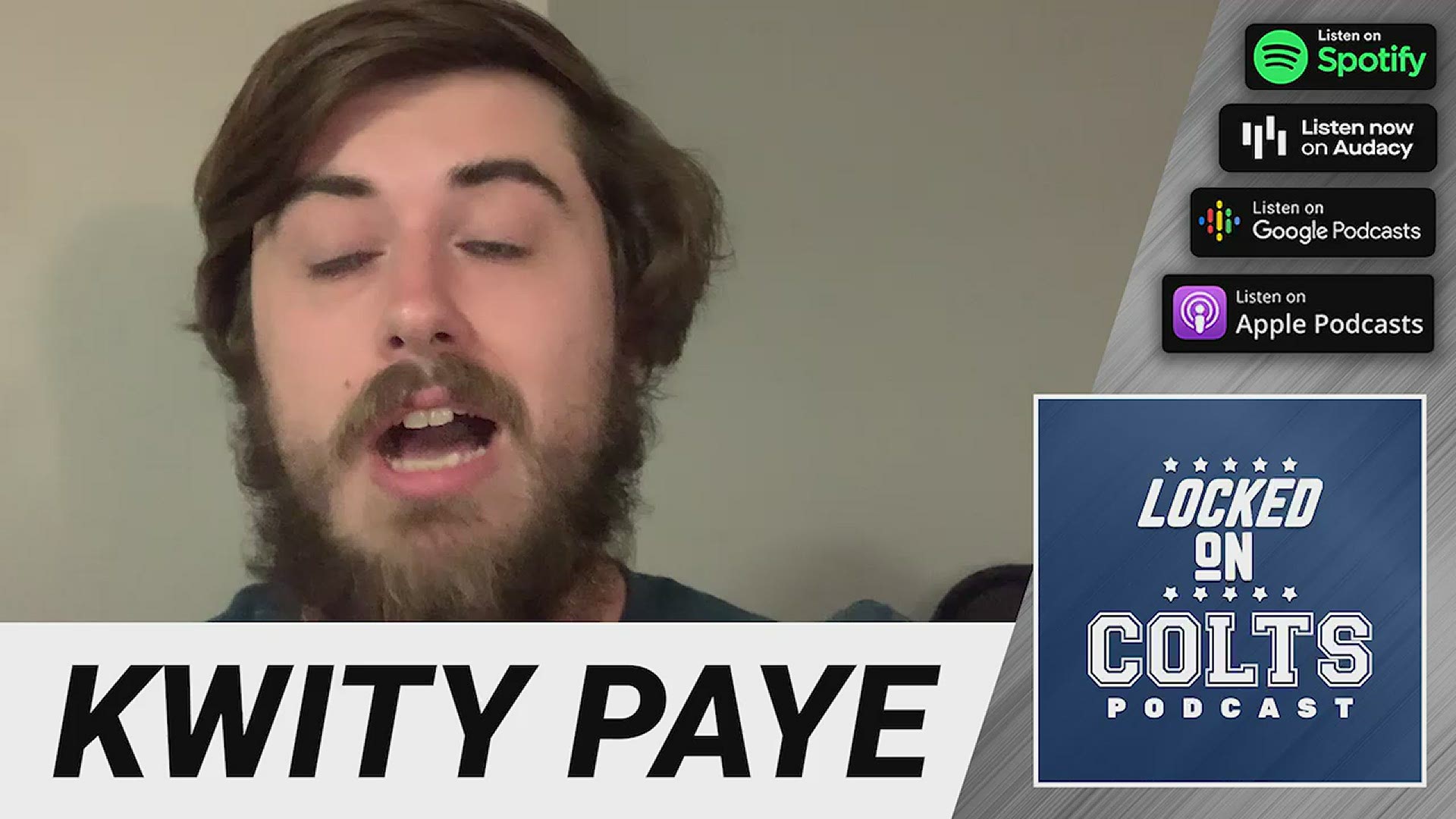 Locked On Colts host Evan Sidery will be providing live updates on the NFL Draft in Cleveland Thursday through Saturday.

Will Indy address their glaring needs at left tackle and pass rusher, or throw a curveball at No. 21 overall?

After a quiet offseason, with the biggest move being Carson Wentz replacing the retired Philip Rivers as Indy’s new starting quarterback, the Colts have put all of their chips into this year’s draft to address big remaining areas of improvement. Will GM Chris Ballard be able to keep up his historically great draft hit rate? If the Colts want to take the next step in 2021, it will have to happen.

It’s going to be a fun time, Colts fans, so buckle up!

(Live updates on the Colts draft will be posted below. For live coverage of the entire NFL Draft, click here.)

Lots of late buzz around Joe Tryon landing with #Colts. @MoveTheSticks had Tryon in his final mock draft last night at No. 21.

Indy moving back and landing Tryon + Sam Cosmi would be an outstanding haul. https://t.co/1SS8hzIKhB

Ed Dodds has his feet kicked up on the desk relaxing. #Colts either know their guy is slipping to No. 21 or not picking at all tonight lol. https://t.co/BIwLOZIZ28

#Colts are now guaranteed one of Christian Darrisaw or Kwity Paye is at No. 21. Wow.

Stay put unless someone offers a huge price.

Kwity Paye and Christian Darrisaw are there at No. 21. You can’t go wrong here. #Colts

Kwity Paye was a Blue Star prospect. One of the best fits in the draft for #Colts:

The former Wolverine checks all the boxes Indianapolis looks for in prospects -freakish athleticism, team captain, A+ character traits, on-field production - and he was easily the best player on the board.

In the Colts' defense, Paye will line up alongside DeForest Buckner. This duo will cause heavy mismatches for opposing offensive lines. Paye now joins Buckner and Darius Leonard as foundational core pieces on Indianapolis' defense.

This was an outstanding pick by the Colts, who have just added some much-needed explosiveness off the edge. Stay tuned for more analysis on the Paye pick throughout the weekend here on WTHR.com.

If you want to learn more about the #Colts 1st round pick, watch this. Former Michigan DE Kwity Paye (@OfficialKwity) has quite the story. And it continues in Indy. https://t.co/yNtBvbEryc

The Indianapolis Colts start the second day of the NFL Draft with just one selection between the second and third rounds. The Colts hold the 54th pick, midway through the draft's second round.

After going with defense in the first round with the selection of Michigan EDGE Kwity Paye, Indianapolis seems likely to beef up their offensive line on the draft's second day.

8:20 p.m. - Another Notre Dame lineman came off the board when the San Francisco 49ers picked guard Aaron Banks with the 48th overall pick.

The selection continues a second-round trend of offensive linemen being drafted, which is of interest to Colts fans as their pick nears.

The OT run is beginning. Nine picks until #Colts are on the clock.

If Indy covets someone, they might need to move up a little bit before No. 54.

8:47 p.m. - The Colts picked Vanderbilt DE Dayo Odeyingbo with the 54th pick of the NFL Draft.

Locked On Colts breaks down 2nd round pick

In a surprising selection, the Indianapolis Colts at No. 54 overall doubled-down on pass rushers after selecting Michigan's Kwity Paye on Thursday night. Dayo Odeyingbo out of Vanderbilt now joins the young core defensive linemen being put into place by GM Chris Ballard.

Dayo Odeyingbo's explosion and motor is elite. Look at this play lined up inside. #Colts pic.twitter.com/44bsQ3ZUj1

Odeyingbo might be more of a redshirt in 2021 after tearing his Achilles tendon during the pre-draft process. However, the traits on Odeyingbo are immense. With a 99th percentile wingspan for pass rushers at 86 3/8", Odeyingbo possesses the length Ballard covets in defenders.

During the 2020 season, Odeyingbo tallied 5.5 sacks and 8 tackles for loss in eight games.

Indianapolis still has a glaring hole at left tackle to replace Anthony Castonzo, so how will they fill it? Look for the Colts to eye some veteran free agents post-draft, while also possibly taking a project tackle on Day 3 of the 2021 NFL Draft.

Starting off Day 3 of the 2021 NFL Draft, the Indianapolis Colts added a playmaker for new quarterback Carson Wentz. SMU tight end Kylen Granson was Indy's draft pick at No. 127 overall, who will come in and replace Trey Burton in the offense. Granson's plus athleticism makes up for his lack of size at 6'1 1/2", plus Reich will be able to move him around the field.

After transferring from Rice after his sophomore year, Granson exploded once placed into SMU's fast-paced offense. During his two seasons with the Mustangs, Gransen finished with 78 receptions for 1,257 yards and 14 touchdowns.

Though Granson's role might be minimal early on with Jack Doyle and Mo Alie-Cox ahead of him on the depth chart, this could be the future for Indianapolis at the tight end position.

At pick No. 165, the Indianapolis Colts added more depth to their secondary selecting Florida safety Shawn Davis. The former Florida Gator was one of only two safety prospects in the 2021 draft class to post a 128-inch broad jump and 39.5-inch vertical jump. Davis possesses the explosive athletic traits Indy covets across the board. Davis also offers versatility at the position being able to play both free and strong safety.

In 2020, Davis posted 39 tackles and 2 interceptions in seven games.

The Colts had two picks remaining until GM Chris Ballard made a late deal Saturday. Trading down to acquire a second pick in the seventh round.

The Colts took Texas quarterback Sam Ehrlinger in Round 6.

In the last round, the Colts selected wide receiver Mike Strachan of Charleston with the 229th overall pick, then closed out by picking offensive lineman Will Fries of Penn State, who can play guard or tackle.