Cuomo: 6,700 fans will be allowed at Bills playoff game

Testing will be on a drive-through basis in parking lot, starting 72 hours prior to game. You must have a negative test, then produce proof of that negative test. 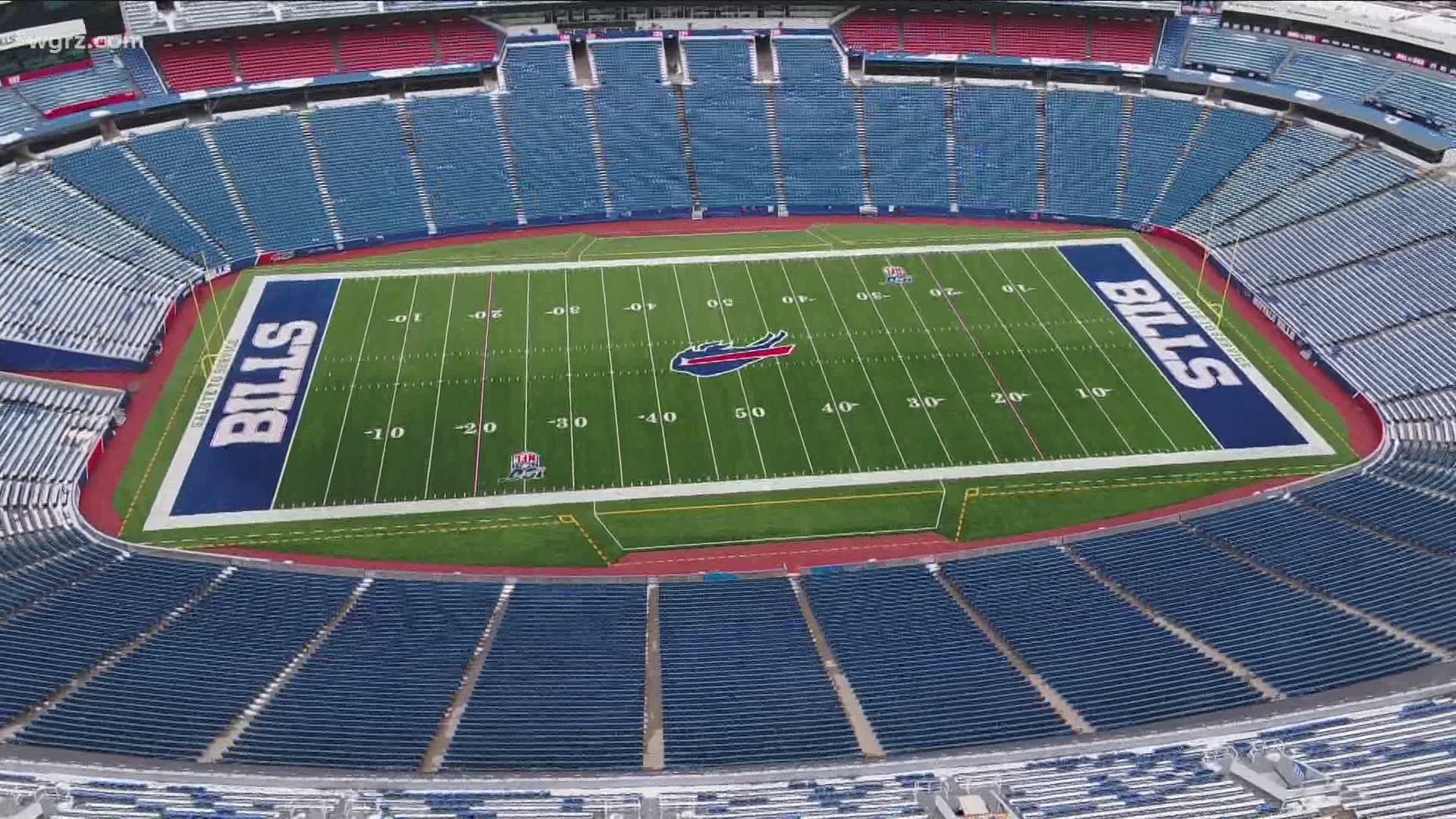 ALBANY, N.Y. — It's official: 6,700 fans will be allowed in Bills Stadium when Buffalo hosts an AFC wild card round game the weekend of January 9.

"We can't take six months, nine months, 12 months of a closed-down economy," Cuomo said, as he talked about using both science and technology "to open quickly, but safety."

There will be no tailgating, parties, or mass gatherings for the game. Cuomo stressed that the plan required a "smart" approach.

Testing will be on a drive-through basis in parking lot, starting 72 hours prior to game. You must have a negative test, then produce proof of that negative test to be admitted on game day.

Fans who refuse to comply with protocols put forth by New York State will be asked to leave. 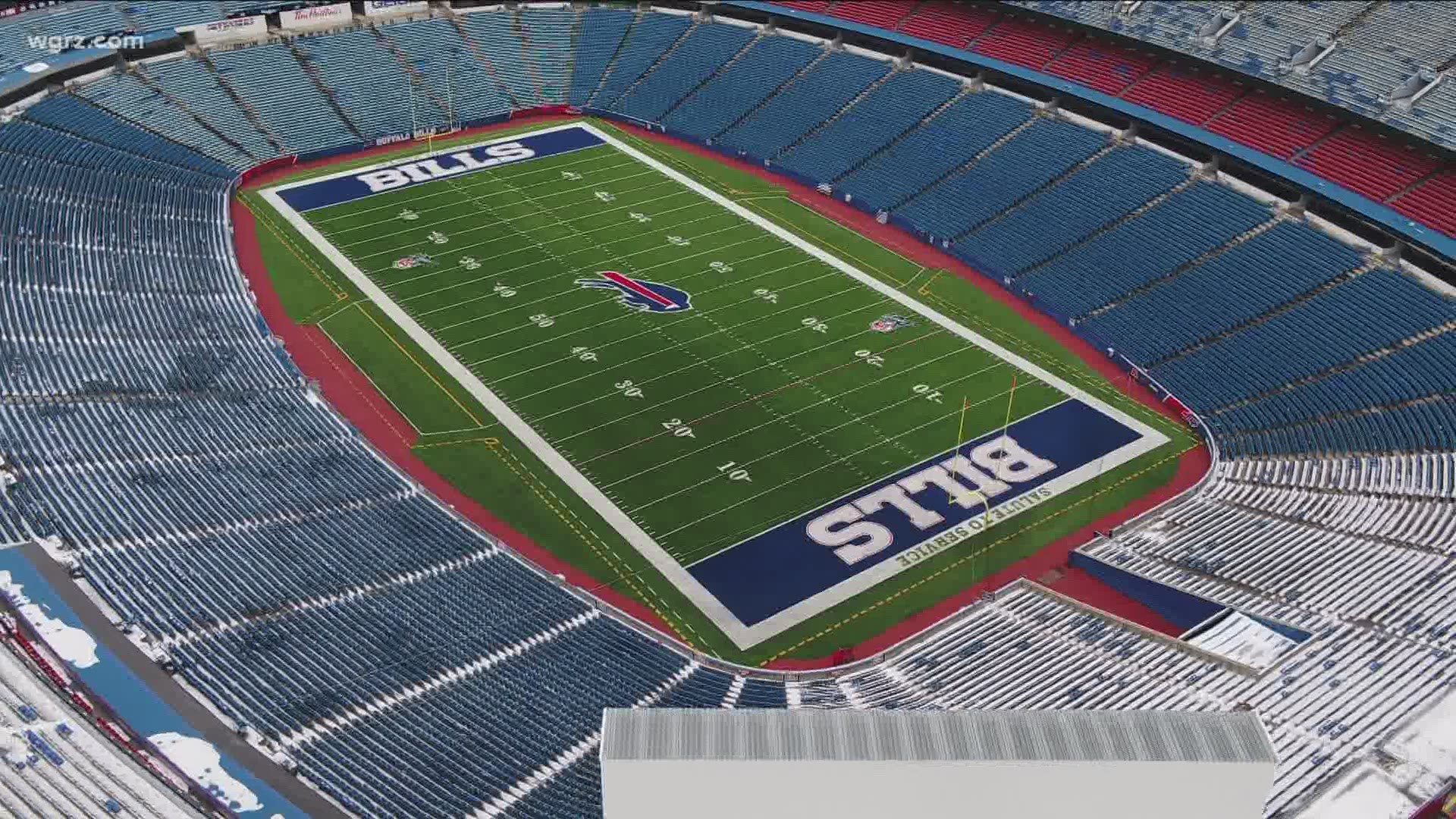 All fans in attendance will be asked to provide evidence of a negative test in the previous 72 hours. They will be required to wear masks from the moment they leave their vehicles until they return to their vehicles, other than when they're eating or drinking.

"Any issues that arise as a result of what we're trying to do here, we're going to passionately try to pull this off," Terry Pegula said.

Added Kim Pegula: "We all need to be safe, starting today, even beyond the game," stressing that everyone comply with all COVID-19 guidelines set forth by the Centers for Disease Control and Prevention.

Erie County Executive Mark Poloncarz said on Wednesday he didn't think the county would have the resources to provide the testing of fans for the game, adding that responsibility will be held by a private company, BioReference Laboratories, under an agreement with the NFL. 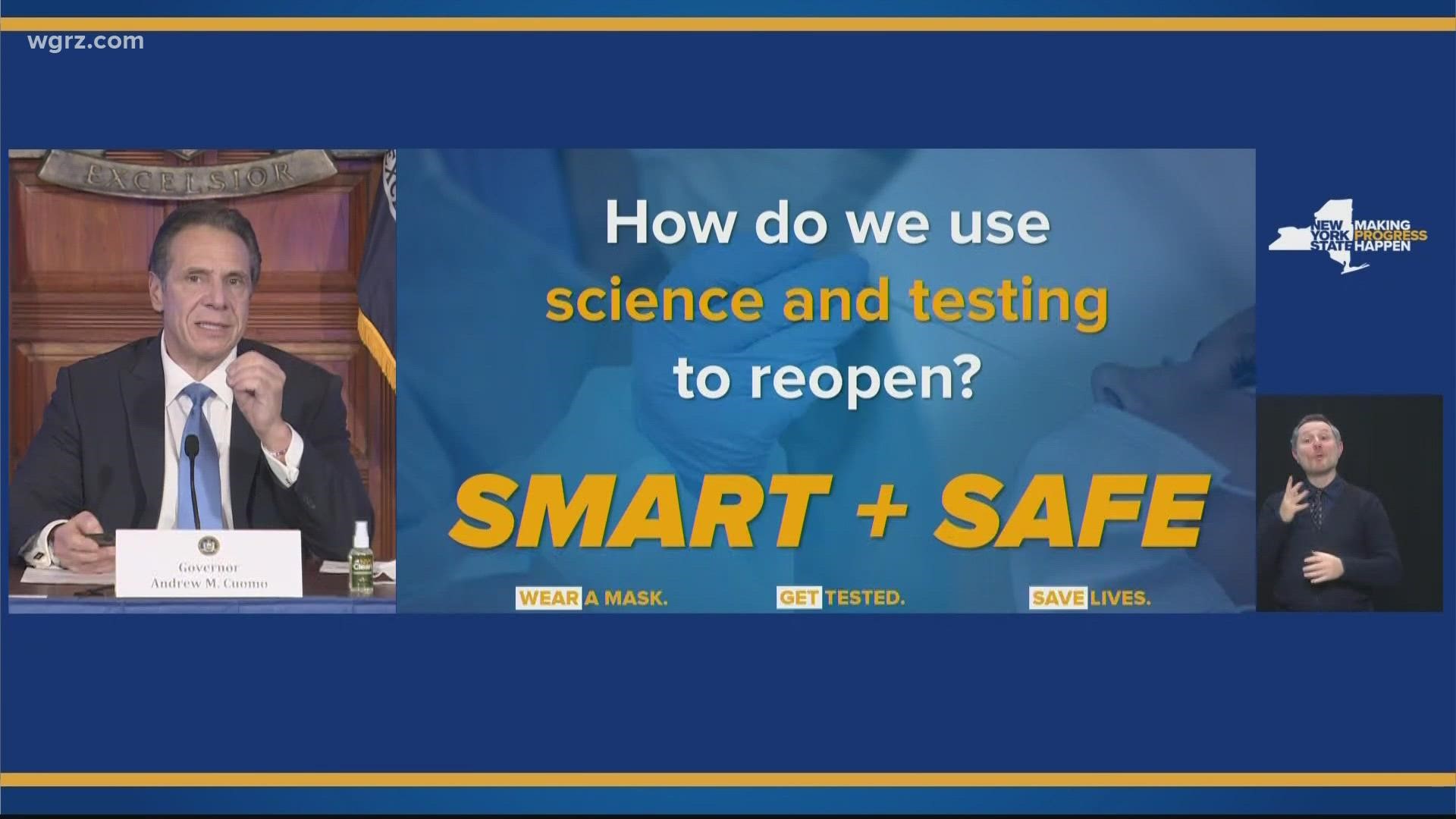 "This is a good plan that will ensure that every fan who attends the game will pass a traditional PCR test," he said.

He said the first tests will happen no earlier than 72 hours before game time on either January 9 or 10, adding that testing will take multiple days.

The Erie County Department of Health will not use any staff or resources when it comes to testing, Poloncarz said, adding that each fan will pay $63 for testing to help defray the costs. There will also be a $11 charge for parking, per fan.

"It will be a very, very dedicated process," Poloncarz said.

Poloncarz said if tailgating does happen on private lots, then New York State would not allow fans to attend any Bills playoff games going forward. He does not believe the private lots in Orchard Park will be able to obtain permits to allow for tailgating.

One company, Adecco USA, has an ad on its website "seeking Test Swabbers for Buffalo Bills fans attending the Playoff Game on 1/10."

The work would be performed in heated tents, with full personal protection equipment (PPE), and pays $25 an hour.

Lieutenant Governor Kathy Hochul issued statement about the decision to allow fans back into Bills Stadium:

"As a lifelong Buffalo Bills fan through the earlier glory days, to the lean years, and now an unforgettable season, I am truly overjoyed that our Buffalo Bills will be cheered on by fans at our first home playoff game in 25 years," she said.

"Let's be smart in supporting Josh Allen & the team so we can create a model for the nation. Thank you Governor Cuomo for your leadership. Thank you Kim Pegula, Terry Pegula and NFL for partnership in making this happen."

Last week Gov. Andrew Cuomo said the New York State Department of Health was working with the Bills on a demonstration project that would allow 6,700 fans in the stadium for the playoff game.

The plan includes mandatory rapid testing of fans prior to the game. The state will then conduct contact tracing following the game to see if any positive COVID-19 cases occur in result. Fans must nest negative for COVID-19 in order to be allowed into the game.

New York State Health Commissioner Dr. Howard Zucker says this is a public health model that hasn't been done anywhere else in the country.