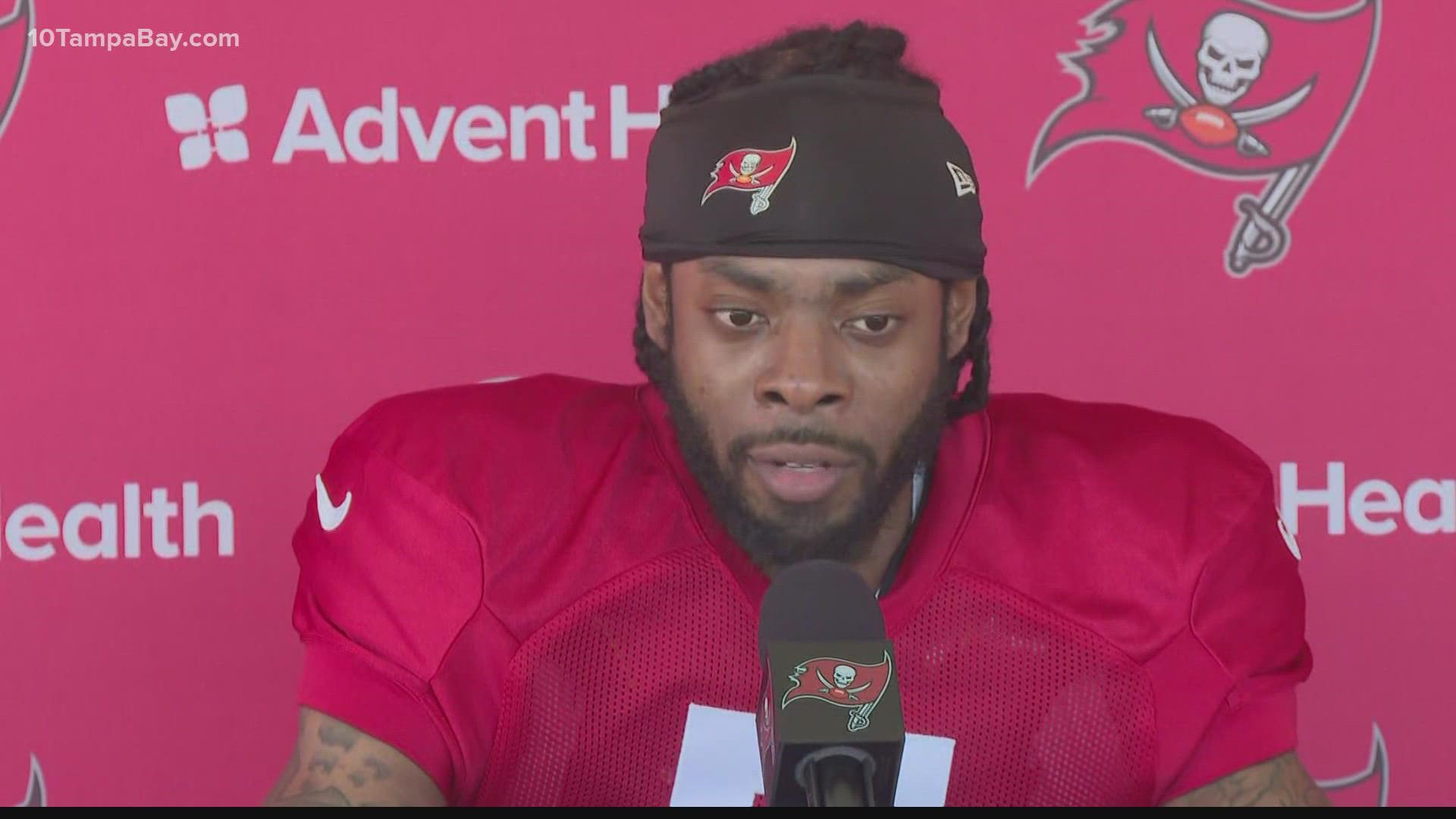 The Buccaneers signed the five-time pro bowler Wednesday after reportedly eyeing him for several weeks. Tampa Bay was Sherman's first free-agent visit of the year.

"The Tampa Bay Buccaneers and Tom Brady reached out and that was a tremendous opportunity," Sherman said. "He's an all-time — the all-time great quarterback reaching out and any time he makes that call it's a very difficult opportunity to pass up."

All the details in episode 1 of the Richard Sherman podcast here: https://t.co/NIWBpAyZEL

Sherman joined the league in 2011 as a fifth-round draft pick by the Seahawks. He went on to play seven seasons with them, earning a Super Bowl win in 2014, before spending his most recent three seasons with the San Francisco 49ers.

Before signing with the Bucs, Sherman spent the offseason dealing with an arrest on five misdemeanor charges, including driving under the influence and second-degree criminal trespassing. NFL Media reports he is accused of crashing his SUV in a construction zone and later trying to force his way into a family member's home.

He pleaded not guilty to the charges and later posted an apology on Twitter, vowing to "get the help I need."

Sherman briefly addressed the legal issues on his podcast and said he's ready to move forward and "show that these legs still got some juice."

He also spoke on his rocky history with Brady (everyone remember the "u mad bro?" incident?) but said that the two have a "very solid relationship" that they've formed off the field over the years.

You can watch Super Bowl champion Simeon Rice and the 10 Tampa Bay Blitz Krewe dig deep into the Bucs' biggest matchups every Sunday morning on "The Blitz."