New upgrades could be coming to Cameron Stadium in Bangor

Bangor City Council will vote in two weeks to put a bond issue on Novembers ballot asking for a $2.7 million upgrade to Cameron Stadium 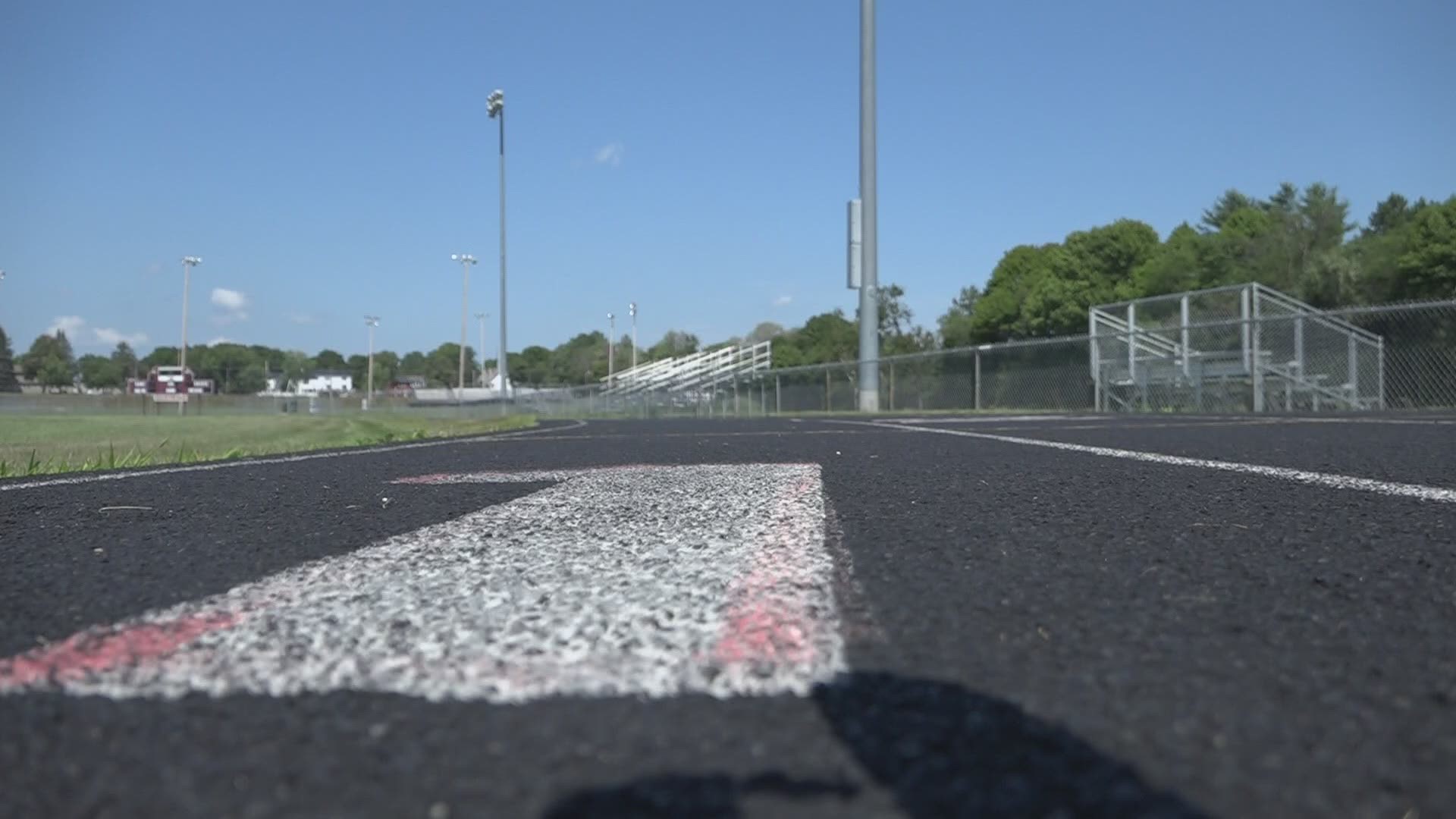 BANGOR, Maine — During the fall, but maybe not this one, the Bangor High School football team takes the field at Cameron Stadium. Playing games on Friday nights on a grass surface inside of a beaten-down track.

After years of planning, the Bangor City Council will vote in two weeks to bring a bond issue to the ballot in November's election.

Councilor Ben Sprague said he is confident the Council will vote to send the issue of a $2.7 million upgrade to the stadium's facilities to the ballot. An amount of this size requires a public vote for approval.

The upgrades include replacing the grass field with artificial turf, a move becoming more popular in the state. Turf fields allow for multiple sports to use the surface in all outdoor seasons without the risk of damaging it during muddy springs, or dry summers.

The track is another issue. The track at Cameron Stadium isn't just used for practices or meets, it's a popular spot for Bangor residents to get exercise. After years of use, it's been worn down.

"As time passes, it's been in need of some upgrades," Sprague said. "What (the City Council is) talking about now is putting a bond question on the November ballot to really invest in this facility and modernize it.

Sprague added the current track can't host postseason meets for the school because it is just six-lanes wide, not eight.

The upgrade could lead to Bangor hosting more track and field events along with postseason tournaments played on the turf.

Youth sports and community members will also benefit from the facility upgrade, and so to will local businesses.

“Those events are real economic drivers for a community and right now a lot of teams have to go all the way to southern Maine for these tournaments," he said.

"So, Bangor can be a hub for those types of events It’d be great for the families living here but it would also be good for the restaurants, businesses retail, to have Bangor be a hub for that kind of activity.”

Other upgrades include a potential remodel of the stands and the locker rooms.

The City Council will vote on this matter at its next meeting on August 24.