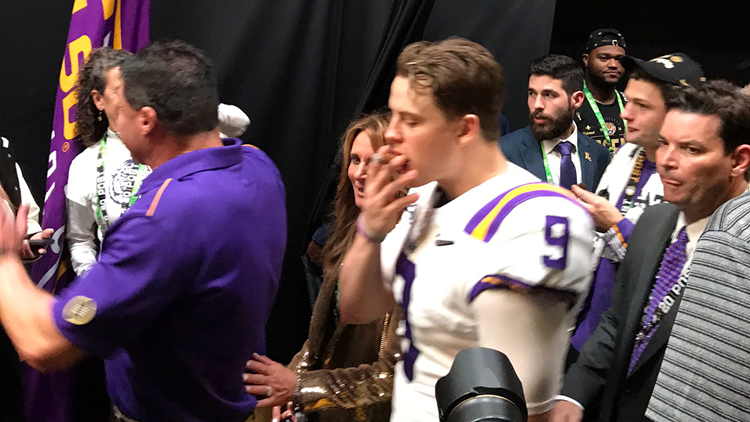 Photo by: Ricardo LeCompte
Joe Burrow with the victor cigar outside the #LSU locker room

Report: Officer threatened to arrest LSU players for smoking cigars in the lockerroom

NEW ORLEANS — After the LSU Tigers defeated Clemson in the College Football Playoff National Championship, the team celebrated by lighting up cigars in the locker room. But that was reportedly not okay with at least one police officer.

According to AL.com reporter Michael Casagrande, a security officer reportedly told the players that smoking was prohibited inside the Mercedes-Benz Superdome and anyone smoking cigars could be arrested.

The report said players laughed at the warning, believing that the officer was joking, but the officer was not smiling. Another cop reportedly told the team they were allowed to smoke but the first officer insisted that his commander said it was not okay.

No one was arrested and LSU quarterback Joe Burrow puffed on a victory cigar as he made his way from the locker room to the postgame news conference.

Burrow threw five touchdown passes, ran for another score and capped one of the greatest seasons in college football history by leading No. 1 LSU to a 42-25 victory against No. 3 Clemson Monday night to win the national championship.

RELATED: Is this LSU team the greatest college football team of all time?