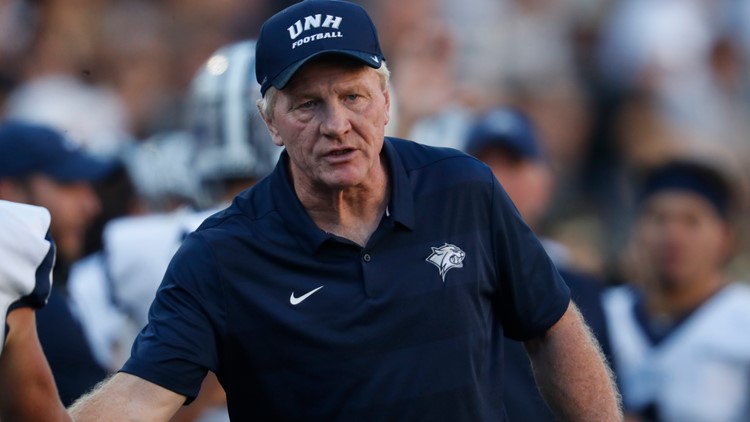 The school did not elaborate on the condition of the 62-year-old coach. Athletic director Marty Scarano said Monday night associate head coach Rick Santos, a former quarterback at the school, is now the interim head coach.

McDonnell has been New Hampshire's coach since 1999 and on staff since 1991. He made no mention of the change during a weekly media call Monday. He has 98 career wins in the Colonial Athletic Association - tops among active league coaches and No. 3 overall.

UNH Wildcats
Excited to announce that UNH Football legend Ricky Santos is returning to the sidelines for the Wildcats! #GraniteStrong #BleedBlue bit.ly/2VLiplk

The Wildcats open at Holy Cross on Sept. 7.