There's a new team on the Maine football scene. The UNE Nor'easters have officially begun their inaugural varsity season. 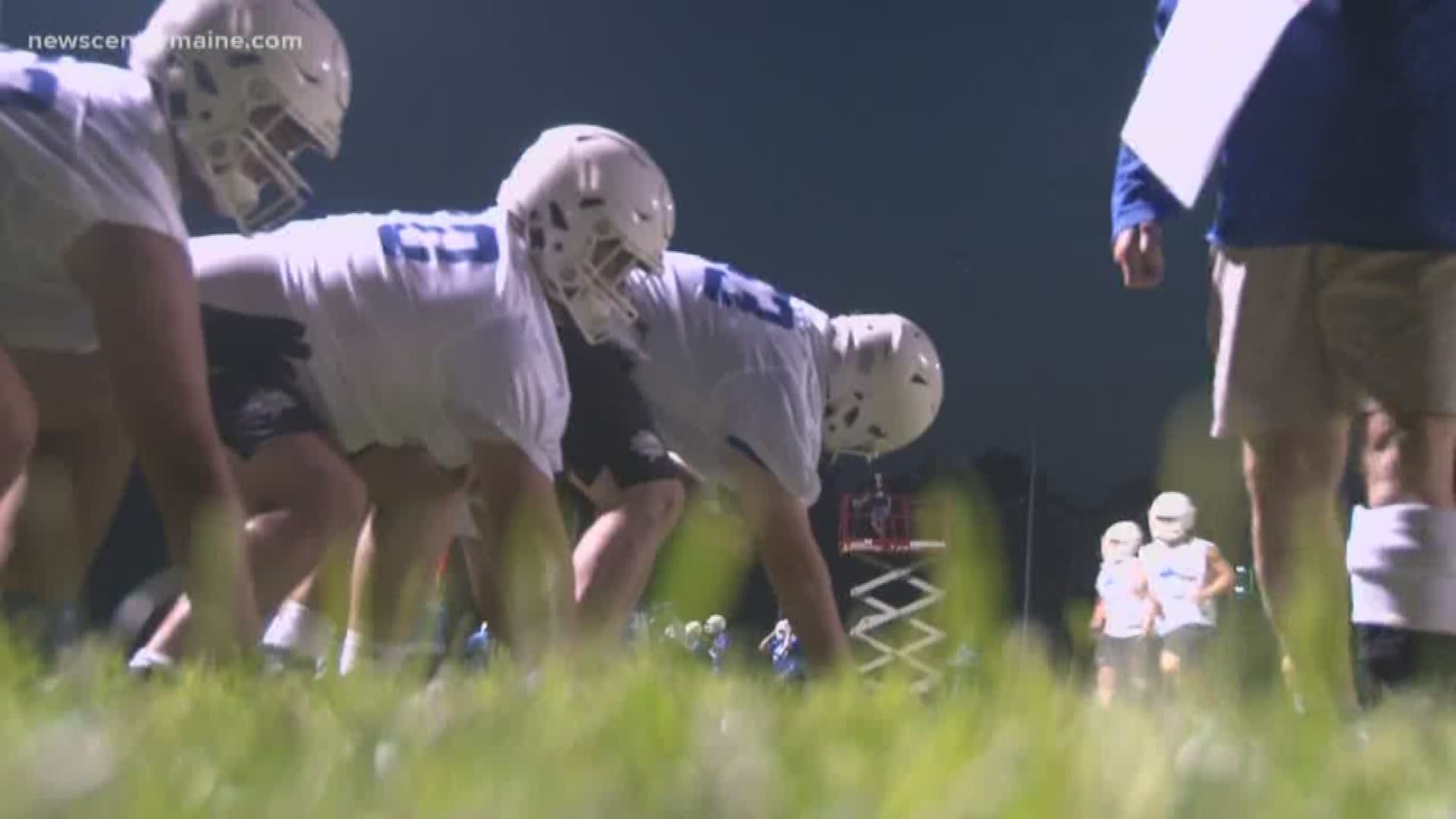 "We have some great kids on our roster, and we've known that for a while," says Mike Lichten, head football coach. "To finally get to coach them and instruct them and see what they're capable of has been great."

Lichten has said from day one that he wants this to be southern Maine and seacoast New Hampshire's football team. He's recruited several athletes from the area, including two that played high school football just a few miles away.

Former Biddeford Tigers Trevor Therrien and Joey Curit are putting in work and proud to now be wearing Nor'easter blue. They're confident fans from Biddeford will show up to support them and the city's new resident team.

"I think Biddeford's a football city," says Therrien. "We always have big crowds, so I'm excited."

They're hoping to be a team that not just fans, but competitors look out for.

"We're a bunch of younger guys," Therrien says. "I think people we think we don't know what we're doing and will count us out, when they really shouldn't."

For Coach Lichten, success this season will not be measured by wins and losses.

"Our success will be measured by the experience and growth of our young players," Lichten says. "They are here to grow as men, and we are here to mentor them."

Staff members are working to build a new football culture that will stay with their players long after they leave the field.