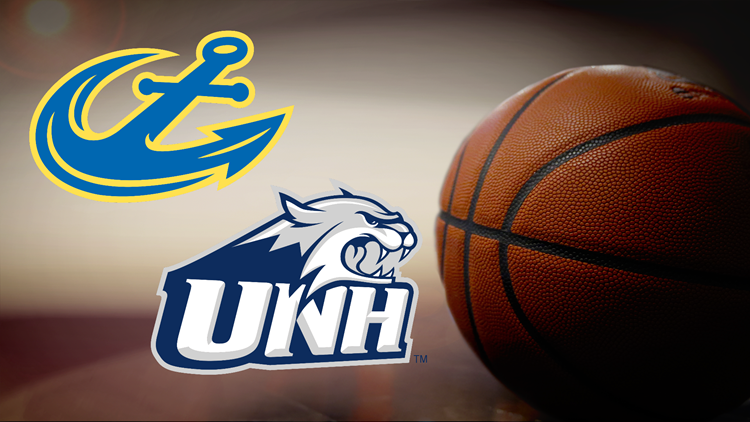 Photo by: NEWS CENTER Maine
Logos for the Maine Maritime Academy Mariners and the University of New Hampshire Wildcats face off on a basketball court.

Undeterred by loss to UMaine, MMA picks another D-1 fight with UNH

BOTTOM LINE: The New Hampshire Wildcats are set to battle the Mariners of Division III Maine Maritime. New Hampshire lost 70-69 at Florida International in its most recent game.

BIG MEN ON CAMPUS: Nick Guadarrama has averaged 15 points and 9.9 rebounds for the Wildcats, while Sean Sutherlin has accounted for 13.6 points and 8.6 rebounds per game.

DID YOU KNOW: New Hampshire went 0-11 overall against out-of-conference opponents last year. The Wildcats offense put up 60.4 points per matchup across those 11 contests.