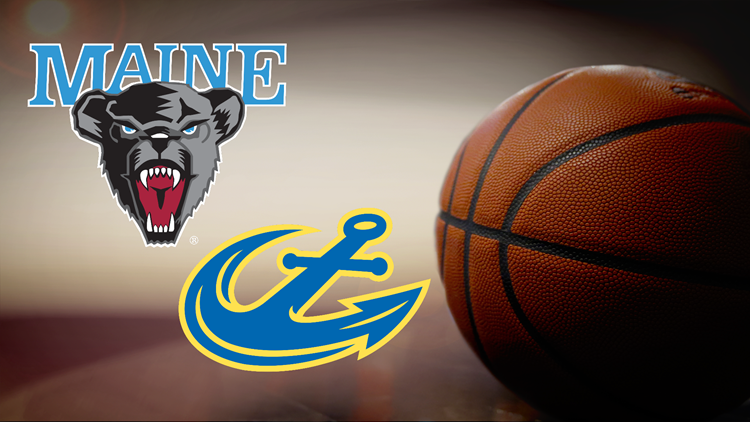 Photo by: NEWS CENTER Maine
Logos for the University of Maine Black Bears and the Maine Maritime Academy Mariners square off on the basketball court.

PORTLAND, Maine — Andrew Fleming had 23 points and 10 rebounds for his second double-double of the season as Maine romped past Division III-member Maine Maritime Academy 90-50 on Sunday.

Maine shot 53% from the floor, compared to the Mariners’ 38% shooting. The Black Bears had a 48-24 advantage on the boards and that led to a 13-0 edge in second-chance points. Maine also had a 23-6 advantage in points off turnovers.