San Antonio signed center Tyler Zeller, who has not played this season, to provide depth at the team's weakest position. 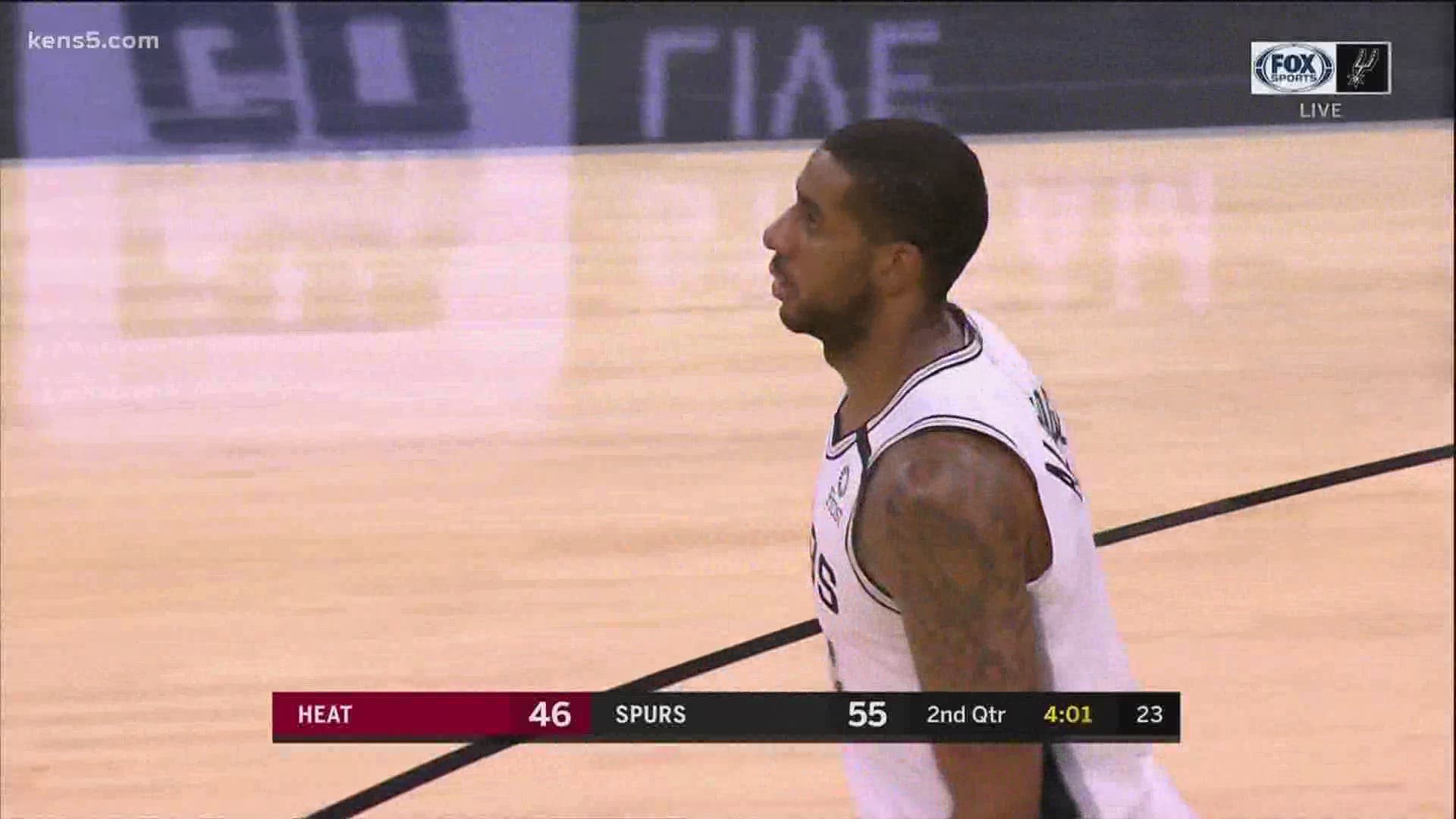 SAN ANTONIO — As the resumption of play draws near for the San Antonio Spurs, the Silver & Black are reportedly one step closer to finalizing their roster for the playoff push.

According to The Athletic's Shams Charania, the Spurs signed free agent center Tyler Zeller to a contract for the rest of the season. Zeller will presumably slide into the second unit to provide much-needed depth at San Antonio's weakest position following the announcement that power forward LaMarcus Aldridge will miss the remainder of the season.

Earlier this month, the Spurs reported that Aldridge would be out after having surgery on his right shoulder in April.

The Spurs said Aldridge sustained the injury Feb. 21 against the Utah Jazz. He played the following game against Oklahoma City, but sat out the next six games to rehab the injury. Aldridge returned against Dallas on March 10, but the NBA Commissioner Adam Silver suspended play the next day.

The Spurs reopened their practice facility on June 8 for the start of individual workouts. San Antonio is among the 22 NBA teams that will resume the 2019-20 season in Orlando after the league’s board of governors approved the 22-team format and targeted July 31 as the start date.

Zeller has not played this season after being waived by the Denver Nuggets during training camp. The six-year veteran has averaged 7 points and 4.4 rebounds per game in his career.

RELATED: Spurs GM Brian Wright: 'All of our guys are excited to get back in the gym and get going'

RELATED: BIG FUN POD: On the Spurs' return to NBA basketball in Orlando