The season is scheduled to resume at the end of July, and end no later than Oct. 13. 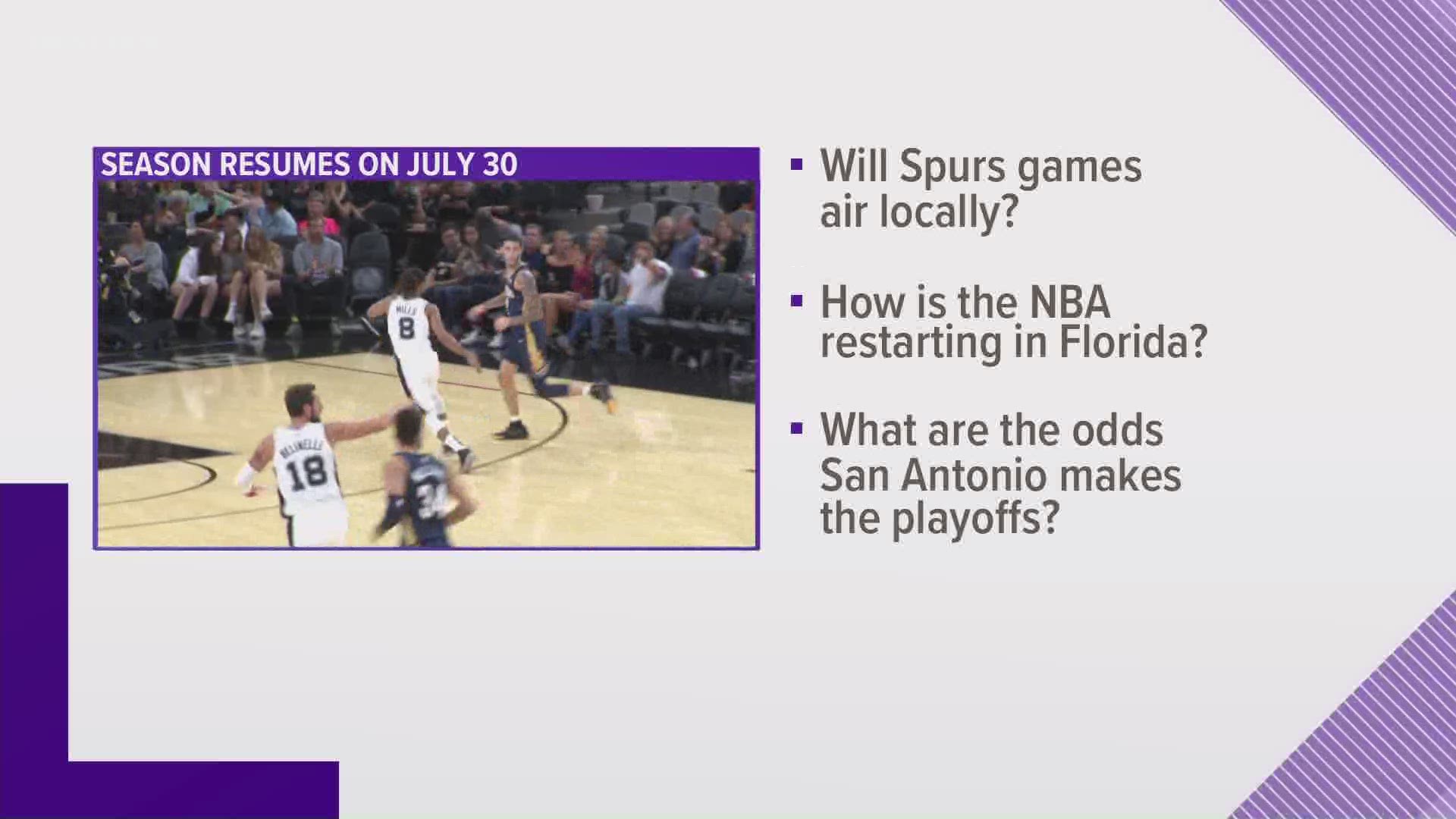 SAN ANTONIO — Barring any additional setbacks, San Antonio's first game in over four months will be against the Sacramento Kings once the NBA season resumes play at the end of next month. Tipoff is set for 7 p.m. on July 31.

The Spurs unveiled the details of the eight seeding games they will play at ESPN's sports complex at Walt Disney World, including two matchups with Utah and a bout with intrastate rival Houston.

At the suspension of play, the Spurs owned a 27-36 record, good for a .429 winning percentage.

Once the seeding games have been played for each of the 22 teams continuing the season, the seven top squads in each conference will stamp their ticket to the NBA Playoffs, while the teams with the eighth and ninth-highest winning percentages in a given conference play each other in a virtual play-in tournament if they are still separated by four or fewer games.

The NBA Finals, which typically conclude sometime in mid-June, are scheduled to end no later than Oct. 13 this year after the season was derailed by the coronavirus pandemic.

RELATED: Lonnie Walker IV, local artists give back to the community

RELATED: 'Cutting my hair was more than a cut' | How Lonnie Walker IV shook his demons and shed his hair