The Spurs guard opened up on social media about the sexual abuse he experienced as a child and how his hair served as his "cloaking device." 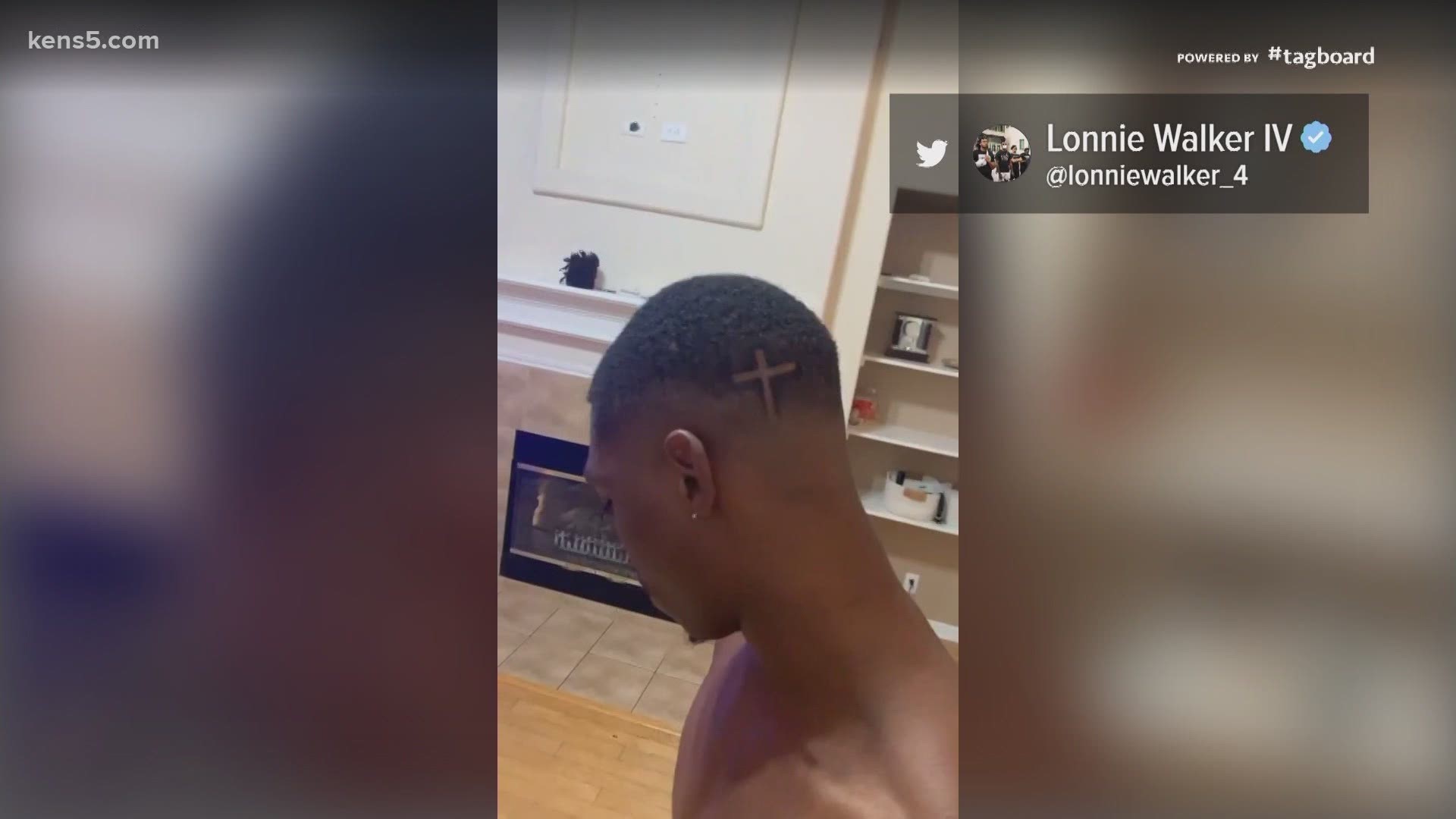 SAN ANTONIO — It was the "haircut heard 'round the world," when news broke that Spurs guard Lonnie Walker IV had cut his signature hairdo. Thursday night, Walker IV opened up on social media about what his hair meant to him growing up as a victim of sexual abuse, and why the new look was "more than a cut."

In a post made to Instagram, Walker IV explained that he began growing his hair in 5th grade, around the time he was "sexually harassed, raped, abused," apparently by a family member. For Walker IV, his hair became something he could control. "My hair was what I can make and create and be mine. And it gave me confidence."

Walker IV said it was the coronavirus pandemic that forced him to "truly look" at himself as he dealt with mental "demons." It was at that time he found peace.

"I forgave everyone even the people that don't deserve it why? Because it's dead weight. Time doesn't wait on anyone so why should I waste my time on it."

As to Walker IV's current mindset, the Spur said he is "better than ever. Out with old. In with the new. I have shed my skin mentally, emotionally, physically, and spiritually."

Walker IV concluded his statement by announcing he was taking a breaking from social media as he continued his growth through the experience. "Just know I love each and everyone one of y'all," Walker IV wrote.

The real truth as to why I started doing this early 5th grade, it was a cloaking device for me. During the summer of my 5th grade year I was around more family. Some that names will be left alone I was around more. I was sexually harrassed, raped, abused, I even got accustomed to it because being at that age you don't know what is what. I was a gullible curious kid that didn't know what the real world was. I had a mindset that my hair was something that I can control. My hair was what I can make and create and be mine. And it gave me confidence. As of recently I wasn't at my best. Previous History popping up in my head and it sucked mentally "demons"..... because of this virus, I began to truly look at myself in the mirror and see who I truly was even behind closed doors. Long story short I have found peace and internal happiness through this journey god willingly. I forgave everyone even the people who don't deserve it why? Because it's dead weight. Time doesn't wait on anyone so why should I waste my time on it? Me cutting my hair was more than a cut. My hair was a mask of me hiding the insecurity's that I felt the world wasn't ready for. But now better than ever. Out with old. In with the new. I have shed my skin mentally, emotionally, physically, and spiritually. Life will always be hard. Gotta play with the cards your dealt with and try and make a winning hand. And if you lose. It's never a lost. It's a lesson 🙏. I'm gonna be off this for a while still growing through this. Just know I love each and everyone one of y'all. Peace love and happiness 💕🙏

RELATED: Spurs employees at all levels talk about racism, police brutality, privilege, and where to go from here