Lyles joins his frontcourt partner LaMarcus Aldridge on the sidelines as the Silver & Black face the daunting task of keeping their playoff streak alive. 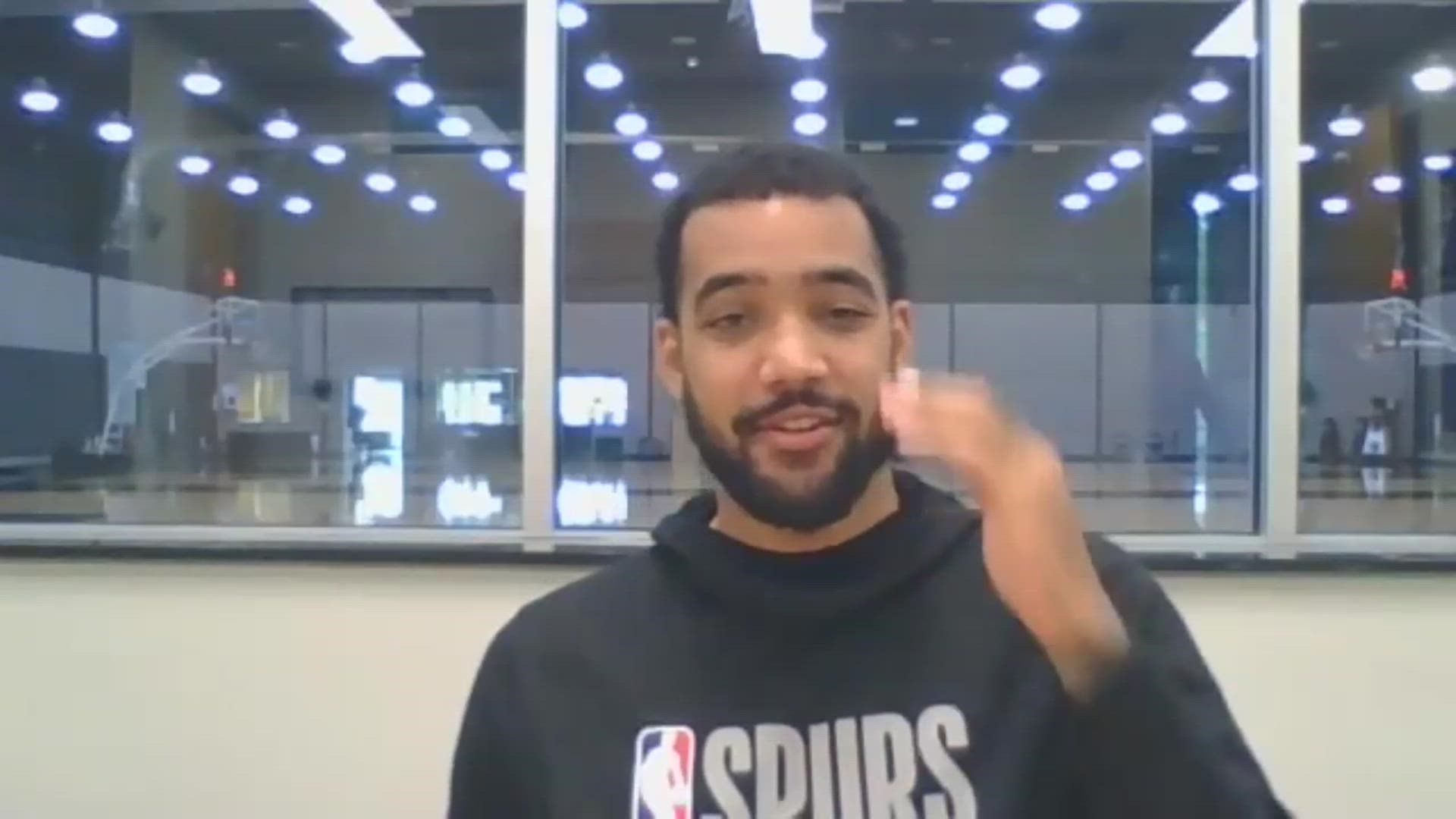 ORLANDO, Fla. — The Silver and Black will be severely shorthanded as they face the daunting task of keeping their playoff streak alive when the season resumes in a few weeks.

Forward Trey Lyles underwent an appendectomy Wednesday morning and will miss the remainder of the NBA season, the Spurs announced.

Lyles played in all 63 games - and made 53 starts - during his first season with the Spurs. He averaged 6.4 points and a career-high 5.7 rebounds.

In June, team officials announced LaMarcus Aldridge would be unavailable for the season's resumption in Orlando after having a surgical procedure performed on his right shoulder.

The Spurs said Aldridge suffered the injury February 21 against the Utah Jazz. Aldridge played the following game against Oklahoma City but sat out the next six games to rehab the injury. He returned against Dallas on March 10; the NBA suspended play the following day in response to the coronavirus pandemic. Aldridge had surgery in April.

On June 24, the Spurs signed free agent forward Tyler Zeller to provide frontcourt depth. With Lyles out, fans will likely get an extended look at the newest Spur alongside fellow big men Drew Eubanks and Chimezie Metu, according to KENS 5's Evan Closky.

I know everyone is probably going to think this means more time for Samanic, but it probably just means we get an extended look at Zeller, Eubanks and Metu (assuming he’s out of the doghouse that left him in Austin inexplicably) pic.twitter.com/p7uoyWyjsg

Earlier this month, reports indicated that assistant coach Tim Duncan had not flown with the team to Orlando and instead stayed behind to help Aldridge rehabilitate.

San Antonio's first game in over four months will be against the Sacramento Kings once the NBA season resumes play at the end of July. Tipoff is set for 7 p.m. on July 31.