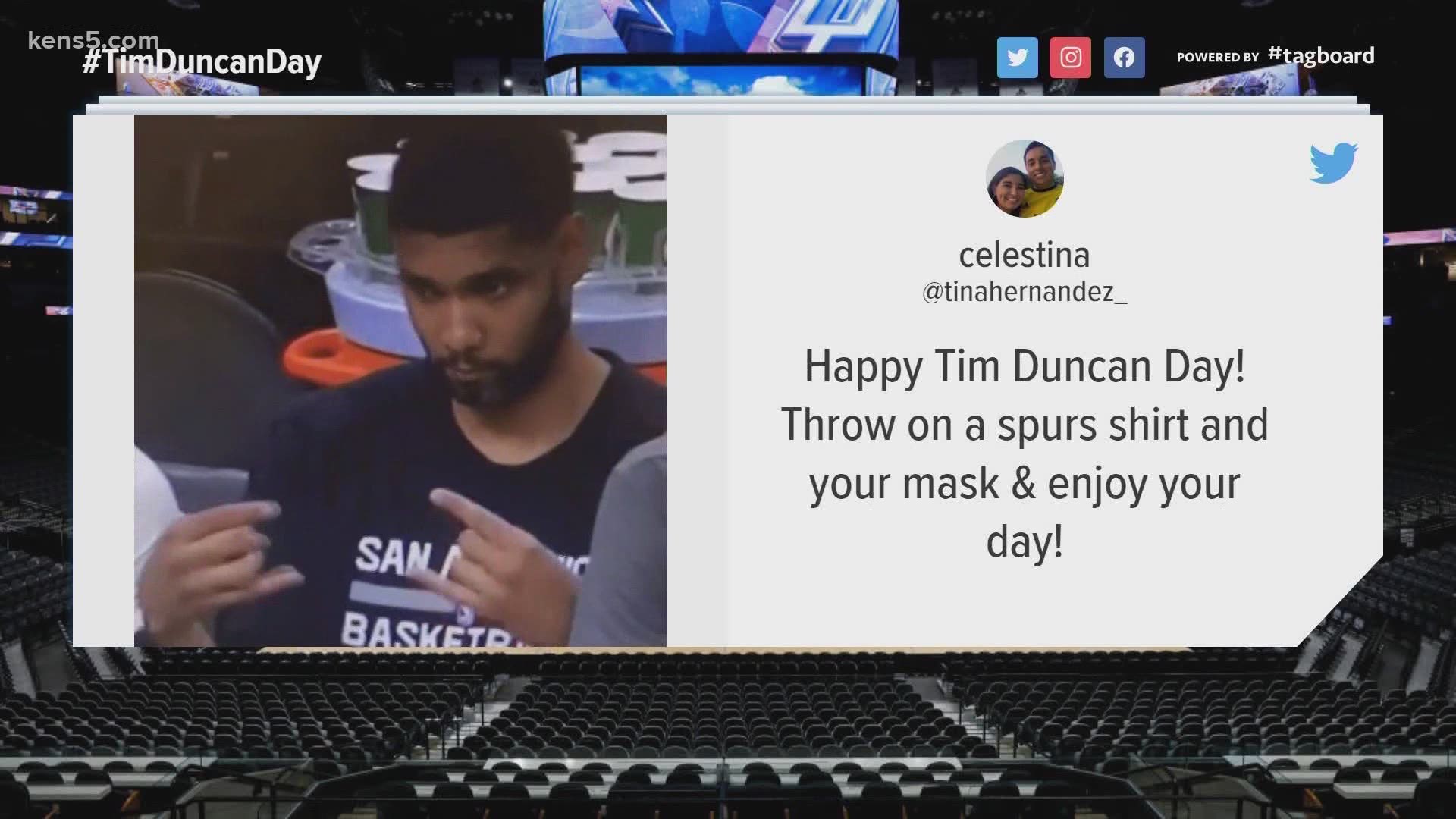 SAN ANTONIO — Editor's note: The above video was published when Duncan was voted into the Basketball Hall of Fame.

A week after Tim Duncan announced his retirement from basketball in 2016, then-mayor Ivy Taylor declared July 21 Tim Duncan Day in San Antonio. It's a day for wearing his jersey, shooting bank shots, and reminiscing about the greatest power forward of all time.

Excited to declare July 21 as #TimDuncanDay! Show your love for #21 by wearing @spurs gear & post a pic. @COSAGOV pic.twitter.com/a7nrkMu6pB

The Hall of Famer won five titles, two MVP awards, and three Finals MVPs with the San Antonio Spurs. Over a 19-year career he won 71% of his games, more than anybody in the NBA, NFL, NHL, or MLB in that time. His full resume puts him among the all-time greats in the history of basketball and sports.

He left Spurs fans with a multitude of moments to remember him by, from leading the team's first title run in his second season, to his near quadruple double to clinch the title in 2003, to his buzzer-beating triple against Phoenix, to his declaration in 2014 that, "We've got four more to win, we'll do it this time."

Fans took to Twitter to show their appreciation for Old Man Riverwalk.

I miss him playing so much pic.twitter.com/JS5B1scgaP

It's #TimDuncanDay - he's the Tim Duncan, and he ain't frontin'! Drives the rock and he'll show you something!https://t.co/Vt7oUbn8IW

7/21 is Tim Duncan day so in honor of that here’s over a minute of Timmy messing with Sean😂 pic.twitter.com/ZR9IsqZ6wz

What’s your favorite moment in the Big Fundamental’s career? pic.twitter.com/tC2xOPuzrZ

RELATED: Tim Duncan No. 8 on ESPN list of NBA's best players of all time