Nick Mayo, a Maine native from Messalonskee High School, will play in the NBA Summer League with the Miami Heat. 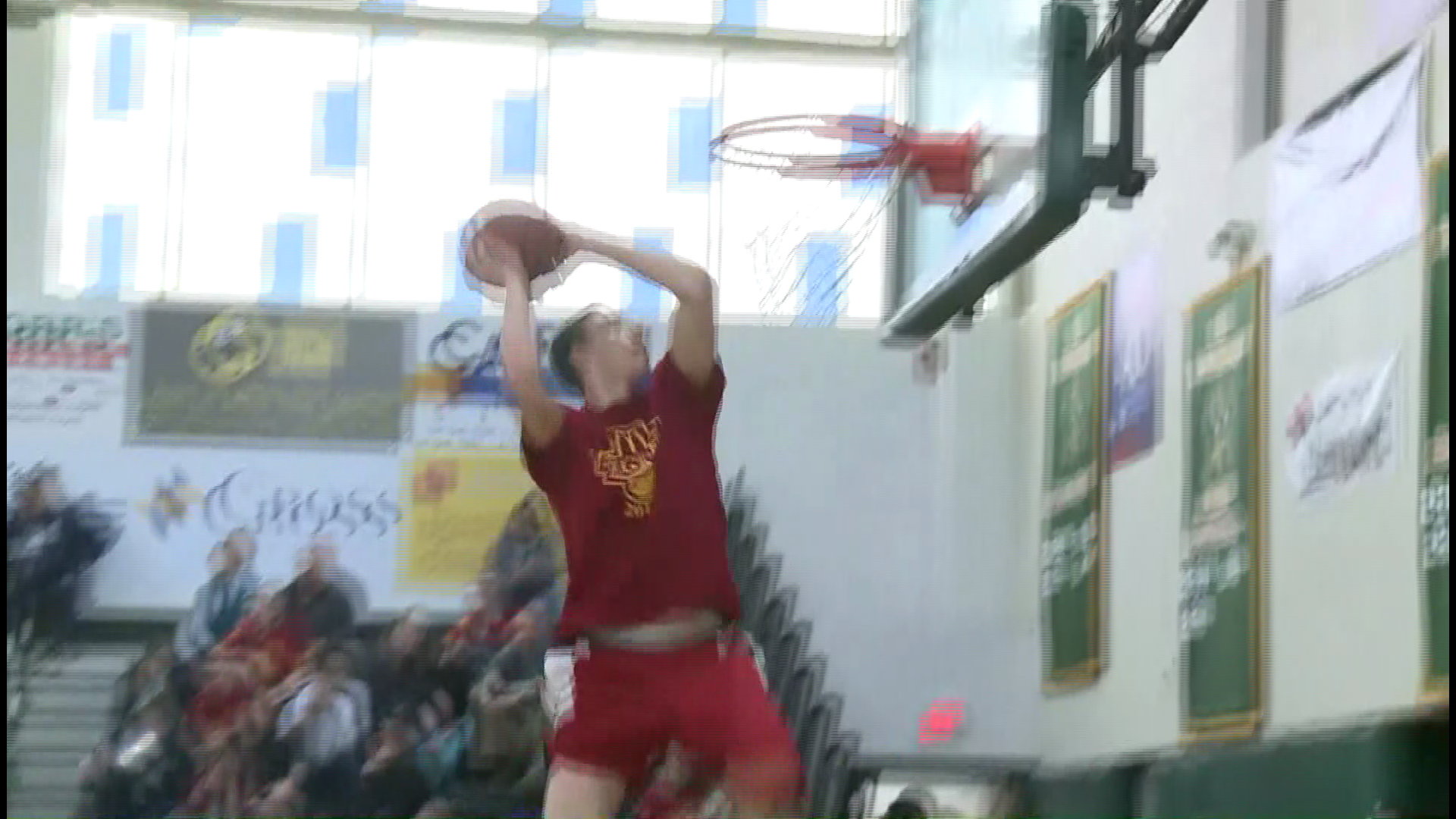 OAKLAND, Maine — A Maine native from Oakland has signed to play with an NBA summer league.

Nick Mayo attended Eastern Kentucky University from 2015-19 and played as a forward on the team. Before that, he played at Messalonskee High School.

Last week on Thursday, June 22, EKU announced Mayo will be playing in the NBA Summer League with the Miami Heat.

The Summer League games run from July 1-15 and involve all 30 NBA teams. Miami Heat is scheduled to play in seven games in Sacramento and Las Vegas.

In Sacramento, the team will play:

In Las Vegas, the team will play:

Consolation and quarterfinals games will take place on July 12 and 13, and the semifinals and championship will follow on July 14 and 15.

Mayo was chosen for the Summer League after not being selected in the 2019 NBA draft.

The Kennebec Journal reports that the summer leagues are typically made up of rookie and second-year players and G League affiliate players. It gives players like Mayo an opportunity to impress NBA teams in an effort to land a contract.

"I was with (Mayo) until basically the draft got over. I was proud of him. He was a little disappointed he didn’t hear his name called, but he was ready to work hard and in really positive spirits when I left," Peter McLaughlin, Mayo’s former coach at Messalonskee, told the KJ in a text message."When I left last night, he was like, 'Coach, time to go to work.'"

The KJ says McLaughlin watched the draft with Mayo and the young player's family.

The 6 foot-9 inch, 250-pound player climbed to number eight on EKU's all-time scoring list during the 2017-18 season at 1,582 points. He entered his senior season on track to become the school's all-time leading scorer -- and was one of only six EKU players to record 1,500 points and 500 rebounds.

The Kennebec Journal reports Mayo completed his 2018-19 season ranked second in the Ohio Valley Conference and tenth in the nation for scoring, averaging 23.7 points per game.

In his EKU online bio, Mayo said his proudest accomplishment was winning Maine's Gatorade Boys Basketball Player of the Year during his senior year of high school.