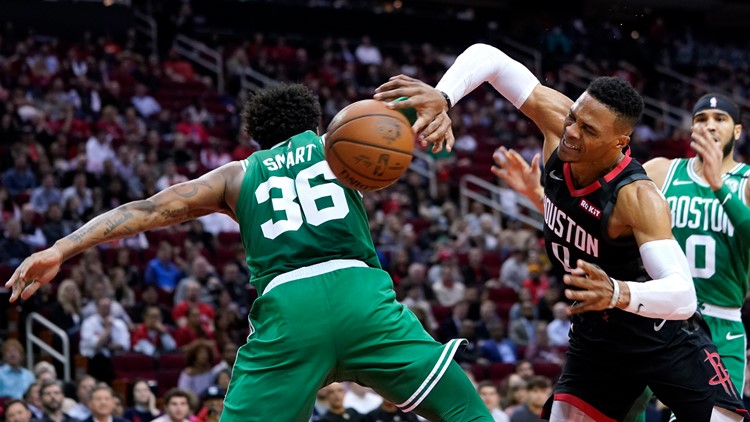 Photo by: AP Photo/David J. Phillip
Houston Rockets' Russell Westbrook is fouled by Boston Celtics' Marcus Smart during the first half of a game on Tuesday, Feb. 11, 2020, in Houston.

The more the Celtics fouled the Rockets, the worse they hurt themselves

HOUSTON — James Harden scored 42 points, Russell Westbrook had 36 and the Houston Rockets snapped Boston's seven-game win streak with a 116-105 victory over the Celtics.

Houston broke it open with a 15-2 run that made it 116-98 with about two minutes left. Harden scored six points during the decisive stretch, and Danuel House had five.