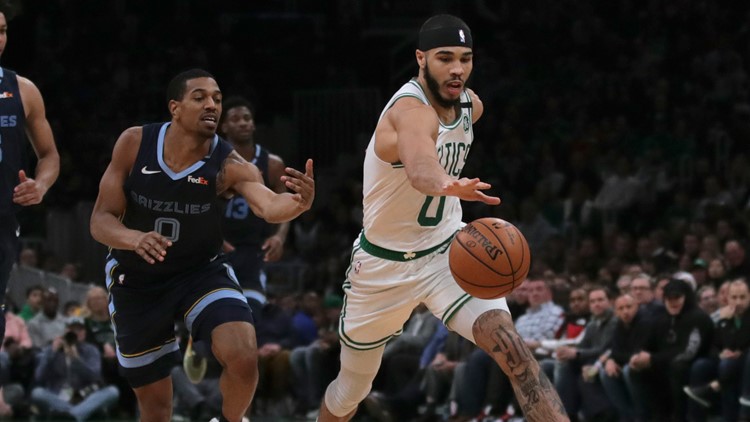 Photo by: AP Photo/Charles Krupa
Boston Celtics forward Jayson Tatum chases a loose ball against Memphis Grizzlies guard De'Anthony Melton during the second half of a game in Boston on Wednesday, Jan. 22, 2020.

Tatum's injured groin still not as lame as the Grizzlies' offense

BOSTON — Jayson Tatum scored 23 points before leaving the game in the third quarter with a groin injury as the Boston Celtics routed the Memphis Grizzlies 119-95.

Memphis has lost two in a row since posting a season-high, seven-game win streak.