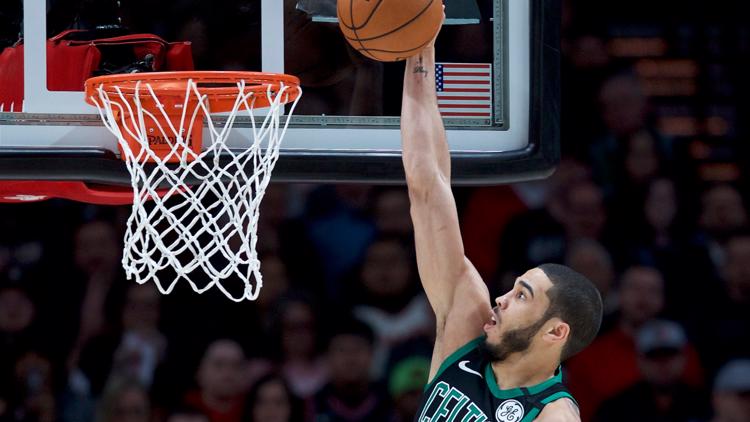 Photo by: AP Photo/Craig Mitchelldyer
Boston Celtics forward Jayson Tatum dunks during the first half of a game in Portland, Ore., on Tuesday, Feb. 25, 2020.

PORTLAND, Ore. — Jayson Tatum had 36 points, including a career-high eight 3-pointers, and the Boston Celtics beat the Portland Trail Blazers 118-106.

Jaylen Brown added 24 points for the Celtics, who sit in third in the Eastern Conference behind the first-place Milwaukee Bucks and the Toronto Raptors.

Tatum had 26 points in the second half alone as the Celtics built a 19-point lead in the fourth quarter.

CJ McCollum had 28 points and 10 assists for the Blazers, who were playing their third straight game without All-Star Damian Lillard. Hassan Whiteside added 18 points and 19 rebounds.