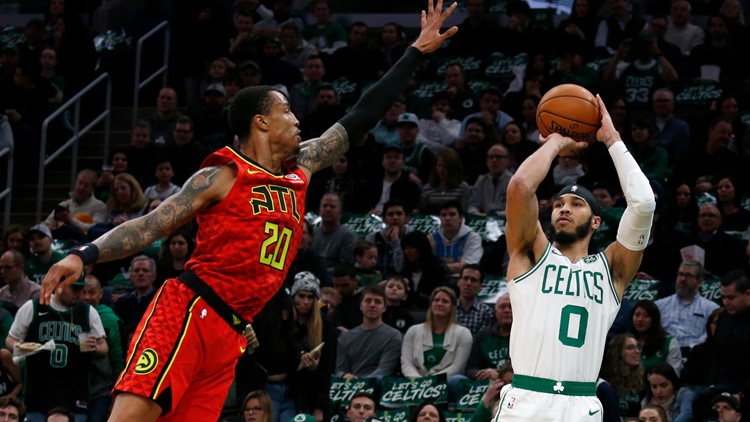 Photo by: AP Photo/Mary Schwalm
Boston Celtics forward Jayson Tatum shoots a 3-pointer against Atlanta Hawks forward John Collins during the first half of a game Friday, Feb. 7, 2020, in Boston.

BOSTON — Jayson Tatum had seven 3-pointers and scored 32 points to help the Boston Celtics hold off the Atlanta Hawks 112-107. It was Tatum's eighth consecutive game with at least 20 points.

Despite having only nine players available and playing without Trae Young, DeAndrew Bembry, Cam Reddish and Bruno Fernando, Atlanta led at halftime, but struggled to make shots in the second half.