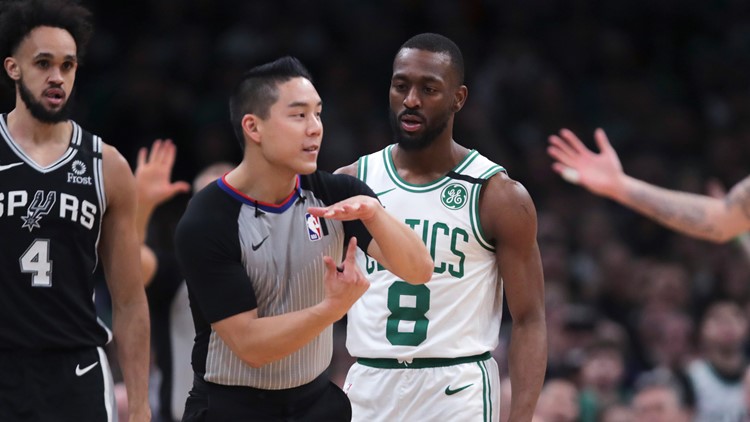 Photo by: AP Photo/Charles Krupa
Boston Celtics guard Kemba Walker watches as referee Evan Scott charges him with a technical foul during the third quarter of a game on Wednesday, Jan. 8, 2020 in Boston.

Kemba recovers from flu only to grow sick of refs

BOSTON — DeMar DeRozan scored 30 points to lead the San Antonio Spurs to a 129-114 victory over the Boston Celtics.

The Spurs scored 22 of the game's first 25 points and held on through a more competitive and controversial second half.

Kemba Walker returned after missing three games with the flu and was ejected with back-to-back technical fouls when he argued a non-call in the third quarter.

A full bottle or cup was thrown from the stands, landing in front of the San Antonio bench. The game was delayed briefly while the court was cleaned up.