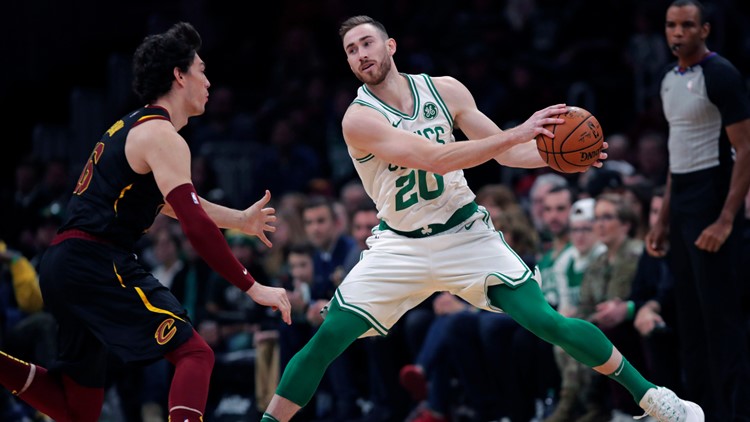 Photo by: AP Photo/Charles Krupa
Boston Celtics forward Gordon Hayward sets to drive to the basket against Cleveland Cavaliers forward Cedi Osman during the first half of a game in Boston on Monday, Dec. 9, 2019.

BOSTON — The Boston Celtics' starting front court is back to full health with the return of Gordon Hayward for Monday's game against the Cleveland Cavaliers.

Gordon Hayward had 14 points and the Celtics remained unbeaten at home with a 110-88 victory over the sinking Cavs. He was in action for the first time since breaking a hand in a game Nov. 9.

Hayward also had five rebounds and four assists in 26 minutes.

Kemba Walker led Boston’s balanced scoring with 22 points, while Jaylen Brown furnished 20 points and seven rebounds. Jayson Tatum added 19 points with 11 boards for the Celtics, who have won four in a row overall and are 10-0 at TD Bank Garden.

The Cavaliers have lost seven straight games and 13 of 14.