First draft pick for the Celtics makes a visit to Portland

Romeo Langford threw out the first pitch for the Portland Sea Dogs game at Hadlock Field on August 20. 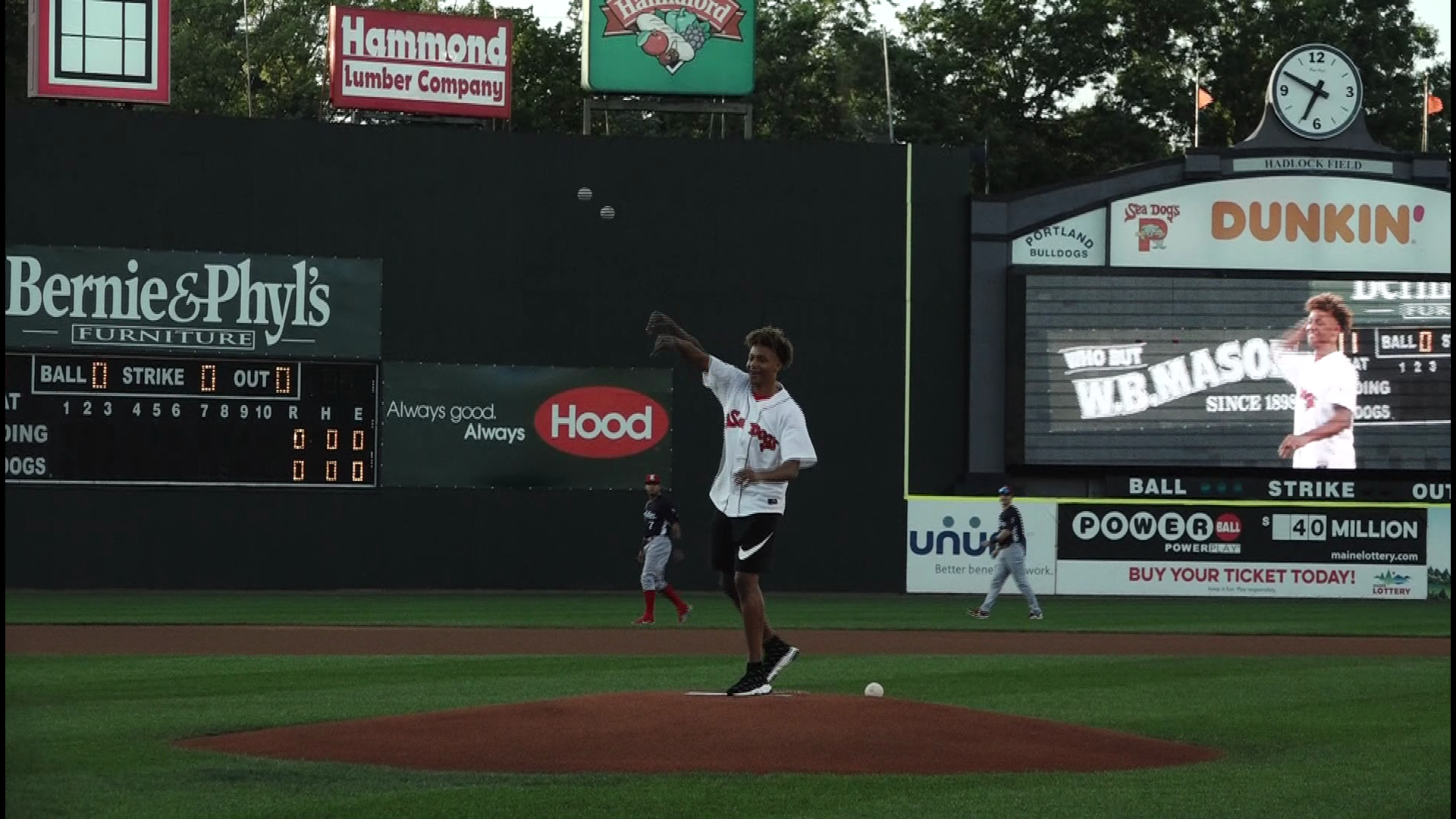 Romeo Langford threw out the first pitch for the Portland Sea Dogs game on August 20. He was also around afterwards to sign autographs and take pictures with eager fans waiting in line.

Langford was drafted this winter by the Celtics at only 19 years old. He was the 14th overall pick in the draft out of Indiana University.

Though Langford isn't originally part of the tight-knit New England sports community, he told NEWS CENTER Maine he is excited to begin playing -- especially with his fellow rookie players, who he says he already feels connected to.

"It's just kind of a coincidence how the guys that they drafted -- how we all have something in common. We have, like -- we all enjoy the same exact things," Langford said. "It's a real good group of guys…I didn't know any of them beforehand, but we just clicked so well together and act like we knew each other for years, but we haven't."

Hadlock Field is no stranger to players from Boston's beloved basketball team. The Sea Dogs have hosted a number of familiar names from over the years, including Marcus Smart, Brian Scalabrine, and Aron Baynes.