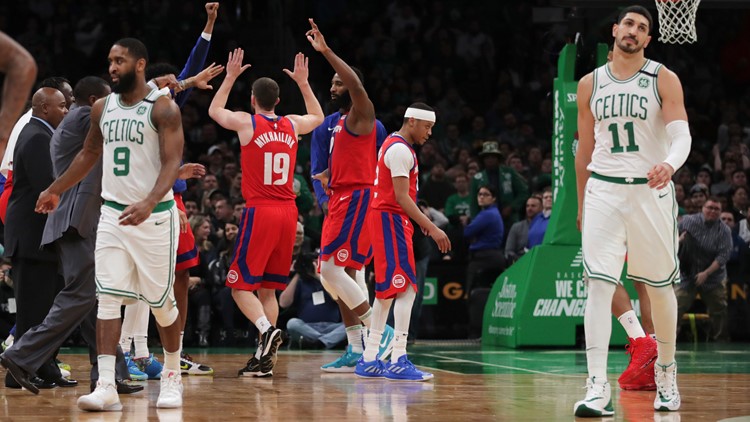 Photo by: AP Photo/Charles Krupa
Detroit Pistons guard Sviatoslav Mykhailiuk is congratulated by teammates after hitting a long 3-point shot with 1 second left in the third quarter of a game against the Boston Celtics in Boston on Wednesday, Jan. 15, 2020.

BOSTON — Sekou Doumbouya scored a season-high 24 points and the Detroit Pistons snapped a three-game losing streak with a 116-103 win over the Boston Celtics.

The Pistons shot a season-best 60.3% from the field. Andre Drummond added 13 points and 13 rebounds.