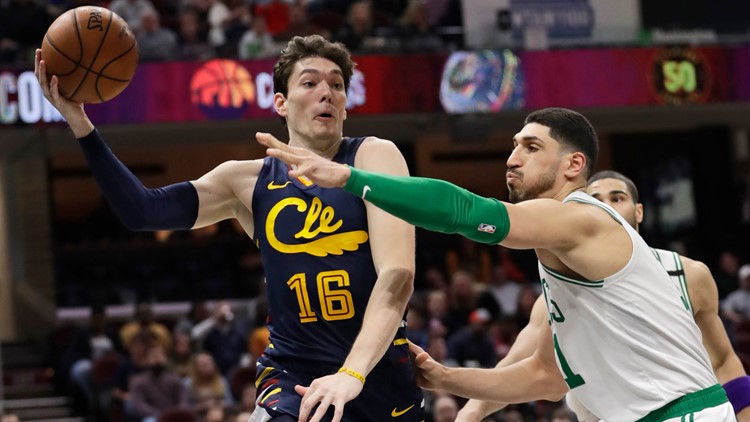 Photo by: AP Photo/Tony Dejak
Cleveland Cavaliers' Cedi Osman passes against Boston Celtics' Enes Kanter in the second half of a game on Wednesday, March 4, 2020, in Cleveland.

CLEVELAND — Celtics coach Brad Stevens said Boston's 112-106 victory over Cleveland was one of the most rewarding wins he has ever been a part of.

The Celtics blew a 21-point lead and lost to Brooklyn on Tuesday night.

Collin Sexton scored a career-high 41 points for Cleveland. Cavaliers starters Andre Drummond and Darius Garland missed the game with injuries and Kevin Porter sustained a head injury in the first half and didn't return.