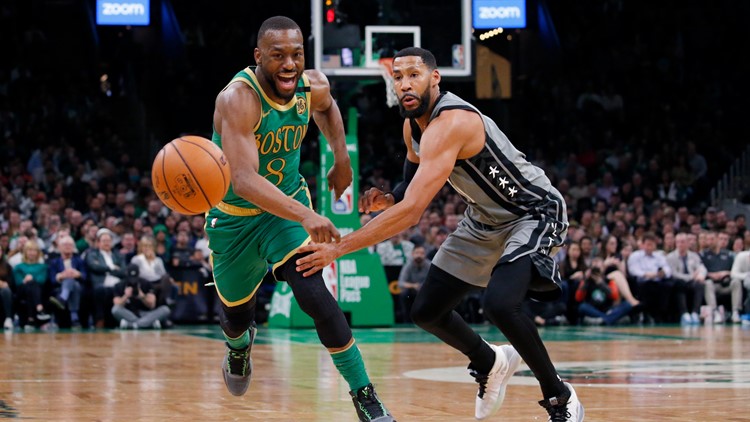 Photo by: AP Photo/Mary Schwalm
Boston Celtics guard Kemba Walker and Brooklyn Nets guard Garrett Temple chase the ball during the second half of a game on Tuesday, March 3, 2020, in Boston.

Celtics' 21-point flameout adds up to a big Net loss

BOSTON — Caris LeVert scored 37 of his career-high 51 points in the fourth quarter and overtime to help the Brooklyn Nets erase a 21-point second-half deficit and stun the Boston Celtics 129-120 in overtime.

The win snapped a four-game losing streak for Brooklyn, which is trying to hold onto the final playoff spot in the Eastern Conference. Boston has lost two straight.

LeVert had all of Brooklyn's 11 points in the extra period, finishing just three points shy of the Nets' season-high for a player. Kyrie Irving scored 54 points against Chicago on Jan. 31.