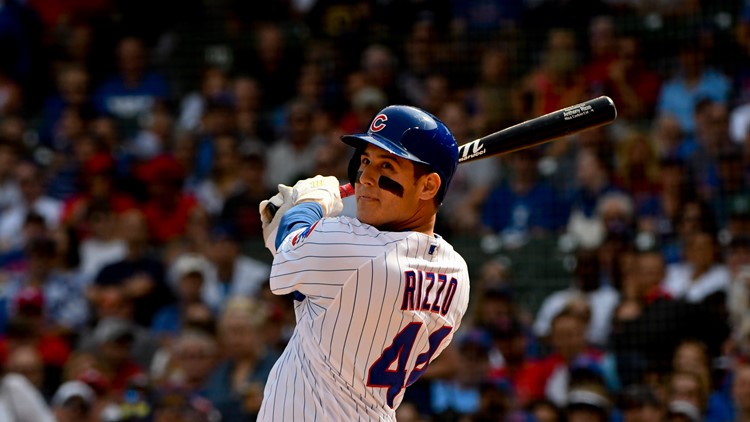 Photo by: AP Photo/Matt Marton
Chicago Cubs' Anthony Rizzo bats during the first inning of a baseball game against the St. Louis Cardinals on Friday, Sept. 20, 2019, in Chicago.

CHICAGO — The Cubs have exercised a $16.5 million option for next season on first baseman Anthony Rizzo and declined options on right-handers Brandon Morrow, Tony Barnette and Kendall Graveman.

Rizzo, who won his third Gold Glove on Sunday, agreed in 2013 to a $41 million, seven-year contract that included two club options. He would have received a $2 million buyout if the option had been declined.

RELATED: Who needs a healthy ankle? Not Anthony Rizzo

Chicago's option for 2021 also is for $16.5 million with a $2 million buyout. If that is exercised, the deal would be worth $72 million over nine seasons.

Morrow's option was for $12 million, and he will receive a $3 million buyout. Barnett and Graveman both had options for $3 million.