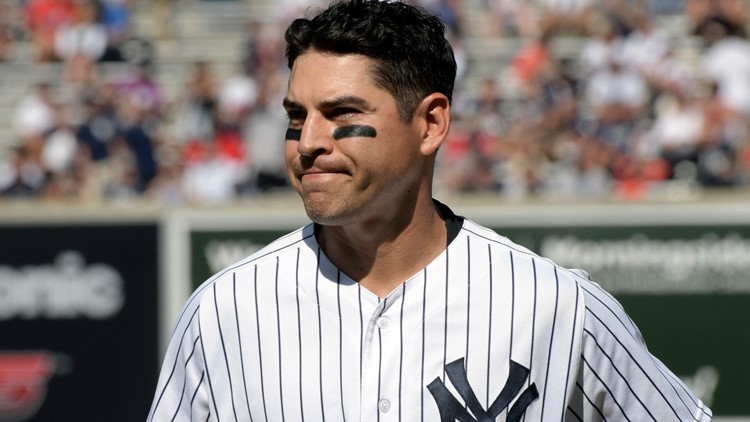 Photo by: AP Photo/Bill Kostroun
In this Aug. 30, 2017, New York Yankees' Jacoby Ellsbury reacts after grounding out to end the sixth inning in the first game of a doubleheader against the Cleveland Indians at Yankee Stadium in New York.

Yankees cut bait with Ellsbury, but remain on the hook for $26M

NEW YORK — The Yankees have given up on Jacoby Ellsbury, cutting the oft-injured outfielder with more than $26 million left in his $153 million, seven-year contract.

Ellsbury, who has not played since 2017, was released Wednesday to clear a 40-man roster spot as New York added seven players to protect them from next month’s Rule 5 draft.

Ellsbury injured an oblique muscle in his right side early during spring training in 2018, developed a bad back and had hip surgery on Aug. 6 to repair a torn labrum in his left hip. He experienced plantar fasciitis in his right foot during his rehab program before spring training this year.