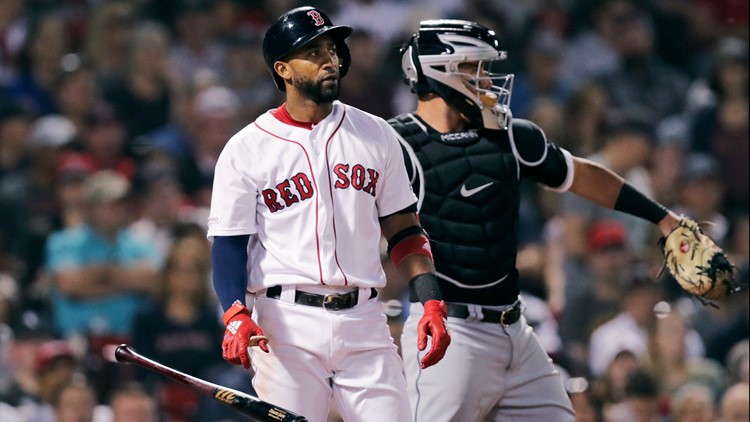 Photo by: AP Photo/Charles Krupa
Boston Red Sox's Eduardo Nunez drops his bat after striking out with the bases loaded during the sixth inning of a baseball game against the Chicago White Sox at Fenway Park in Boston on Monday, June 24, 2019.

Núñez was batting .228 in 60 games with Boston this season, his third in the organization. Last year, he hit .265 with 10 homers in 127 games, and also hit a three-run pinch-homer to help the Red Sox win Game 1 of the Series against the Los Angeles Dodgers.