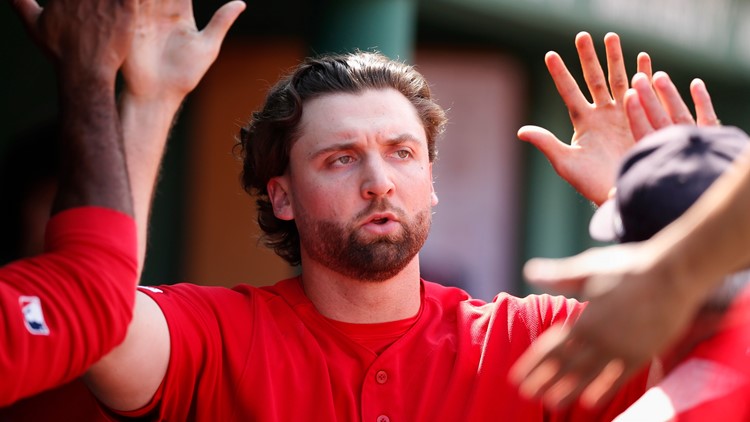 Photo by: AP Photo/Michael Dwyer
Boston Red Sox's Sam Travis celebrates his solo home run during the fourth inning of a game against the Baltimore Orioles in Boston on Sunday, Aug. 18, 2019.

ARLINGTON, Texas — The Texas Rangers have acquired first baseman/outfielder Sam Travis from Boston in a trade that sends left-hander Jeffrey Springs to the Red Sox.

Travis gives the Rangers another right-handed hitter to play first after the club signed Todd Frazier. Texas plans to use Frazier primarily at third base.

Travis made Boston's opening day roster for the first time last season. He hit .215 in a career-high 59 games.

Springs was designated for assignment when the Rangers signed Frazier and catcher Robinson Chirinos.

The Red Sox made room for Springs by designating left-hander Bobby Poyner for assignment.