The weekend visit was a long time coming after the initial date was postponed from July when a water leak badly damaged the venue. 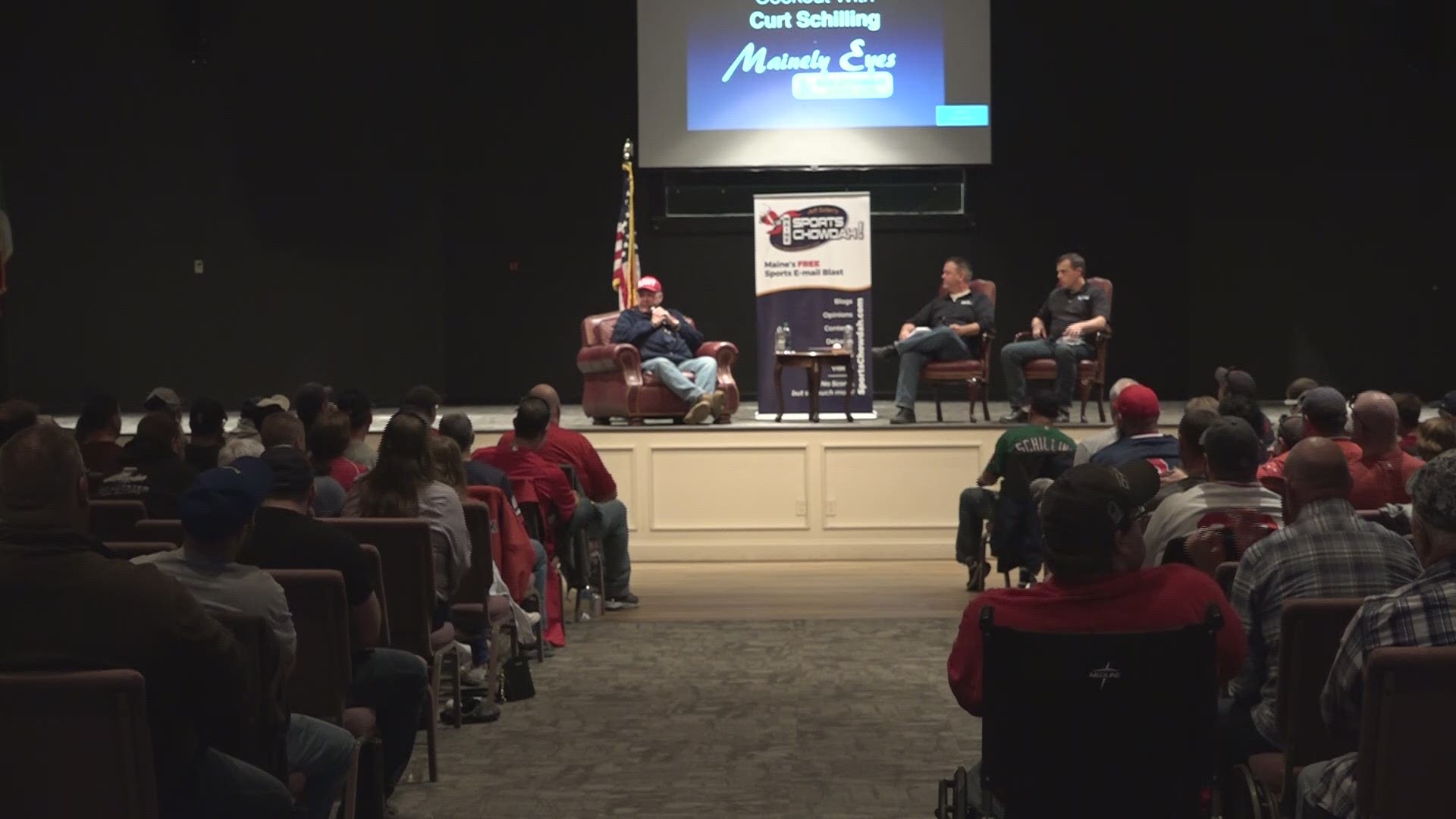 BANGOR, Maine — Curt Schilling was back in front of a crowd this weekend in Maine. But instead of slinging fastballs, he was slinging stories.

The visit was originally scheduled for July, but it had to be postponed after a severe water leak crippled the temple for weeks.

The fans who filled the room came loaded with the questions they always wanted to ask. Not surprisingly, Schilling's many achievements with the Philadelphia Phillies and Arizona Diamondbacks got short shrift. It was his four seasons in Boston that dominated the discussion.

Schilling's heroics are the stuff of Red Sox legend. He famously shut down the Yankees in the 2004 ALCS despite bleeding through his sock from a surgical incision to his ankle. He turned in another dominating performance in the World Series to help Boston win its first championship in 86 years.

A second World Series win in 2007 would be Schilling's swan song as mounting health issues ended his career. Although his name has been a mainstay in recent years near the top of the Hall of Fame ballot, he keeps falling just short of induction.

You'd never know there was opposition to his induction based on all the people wearing his jersey at his Bangor appearance. Schilling fielded their questions while comfortably slouched in an overstuffed armchair.

But the evening was simply a chance to relive his own glory days. Schilling was effusive with praise for teammates including Dave Roberts, Keith Foulke and Kevin Millar. His openness about those relationships gave fans a personal connection to the sports icons most had only seen on their TV screens.