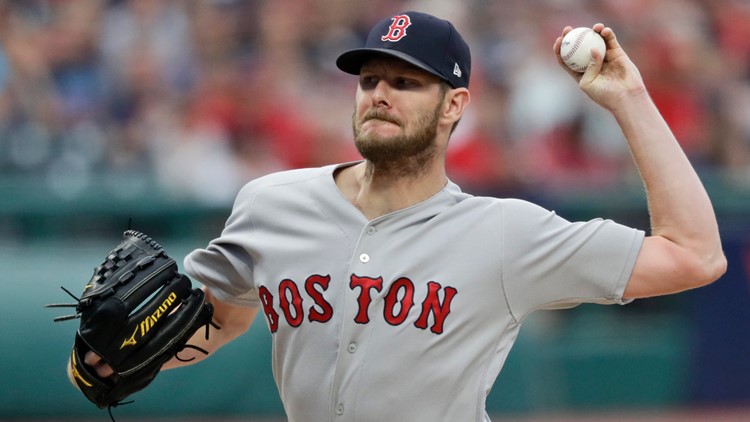 Photo by: AP Photo/Tony Dejak
Boston Red Sox starting pitcher Chris Sale delivers in the first inning in a game against the Cleveland Indians on Tuesday, Aug. 13, 2019, in Cleveland.

Sale closes up shop for the rest of the year

BOSTON — Boston Red Sox left-hander Chris Sale is receiving treatment for inflammation in his elbow that will shut him down for the rest of the regular season.

Orthopedist Dr. James Andrews gave Sale an injection of platelet-rich plasma on Monday and said he will be re-evaluated in six weeks.

The treatment could be good news for the ballclub, who feared that Sale might need Tommy John surgery. That would likely have cost him all of the 2020 season. But losing Sale deals a blow to the defending World Series champions' already slim hopes for a repeat.

Sale went on the injured list on Saturday, four days after facing the Cleveland Indians. If he does not pitch again this season, he will finish with a 6-11 record and 4.40 ERA - both by far the worst in his career.