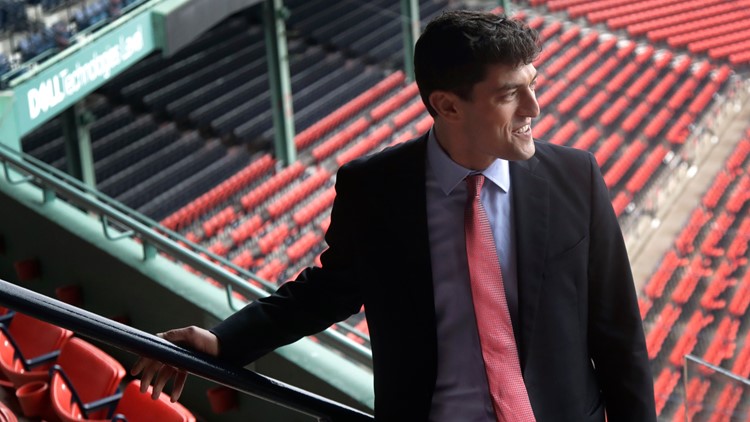 Photo by: AP Photo/Elise Amendola
Boston Red Sox's Chaim Bloom looks out at Fenway Park in Boston on Monday, Oct. 28, 2019, after it was announced he will be the baseball team's Chief Baseball Officer.

Red Sox hope to reap what Bloom has sown

FORT MYERS, Fla. — Chaim Bloom has been the Red Sox chief baseball officer for less than four months and he's already made two big decisions that will shape his legacy.

Bloom traded 2018 AL MVP Mookie Betts as part of a salary dump designed to improve the team's long-term prospects. He also hired Ron Roenicke to replace Alex Cora after the World Series-winning manager was caught up in a cheating scandal.

Bloom says he didn't expect to be hit with so many big decisions so quickly, but that's baseball.