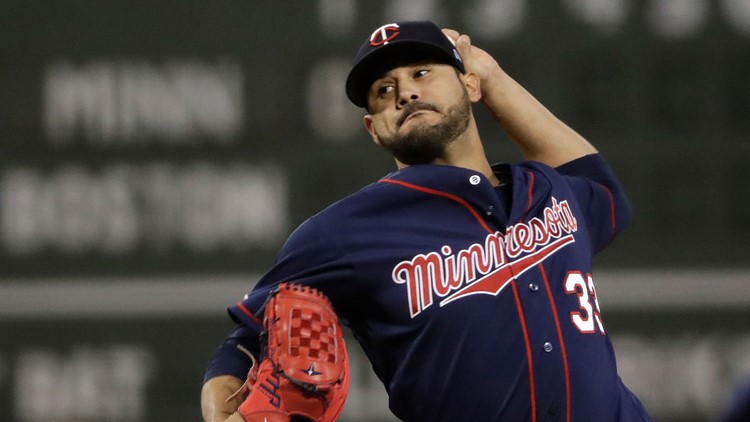 Photo by: AP Photo/Elise Amendola
Minnesota Twins starting pitcher Martin Perez delivers to a Boston Red Sox batter during the first inning of a game at Fenway Park on Thursday, Sept. 5, 2019, in Boston.

BOSTON — Martín Pérez and Boston finalized a one-year contract that guarantees $6.5 million, a deal that would be worth $14.5 million over two seasons if the Red Sox exercise a 2021 option and the 28-year-old left-hander regularly starts.

Pérez is in position to fill the rotation spot that opened when former AL Cy Young Award winner Rick Porcello left to sign with the New York Mets.