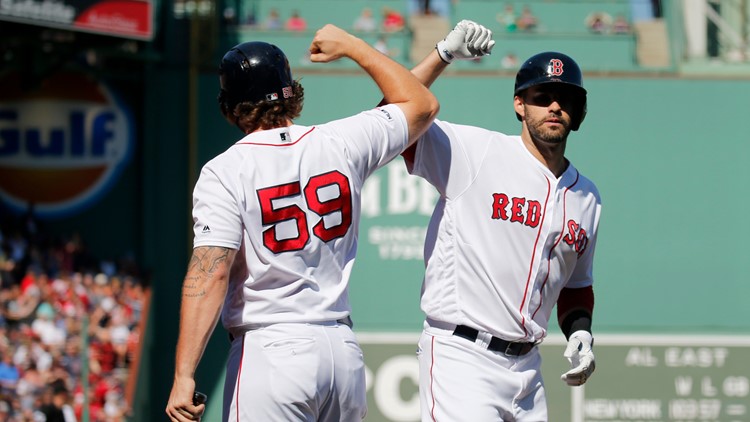 Photo by: AP Photo/Mary Schwalm
Boston Red Sox's J.D. Martinez is congratulated by teammate Sam Travis after hitting a home run during the first inning of a game against the Baltimore Orioles on Saturday, Sept. 28, 2019, in Boston.

J.D. loves that dirty water too much to test free agency waters

BOSTON — Red Sox designated hitter J.D. Martinez has decided to keep his contract with the Red Sox instead of becoming a free agent again.

Martinez signed a $110 million, five-year deal after teams had started reporting to spring training in 2018.

In his two seasons in Boston, the 32-year-old slugger has averaged just short of 40 homers and 118 RBIs, along with a .317 average and .985 OPS. He was fourth, behind teammate Mookie Betts, in the AL MVP voting in 2018, when the Red Sox won a franchise-record 108 games and the World Series.

Boston had the highest payroll in baseball last season - $243 million for purposes of the luxury tax - and missed the playoffs for the first time since 2015.