Maine-made bats to be used at MLB All-Star game 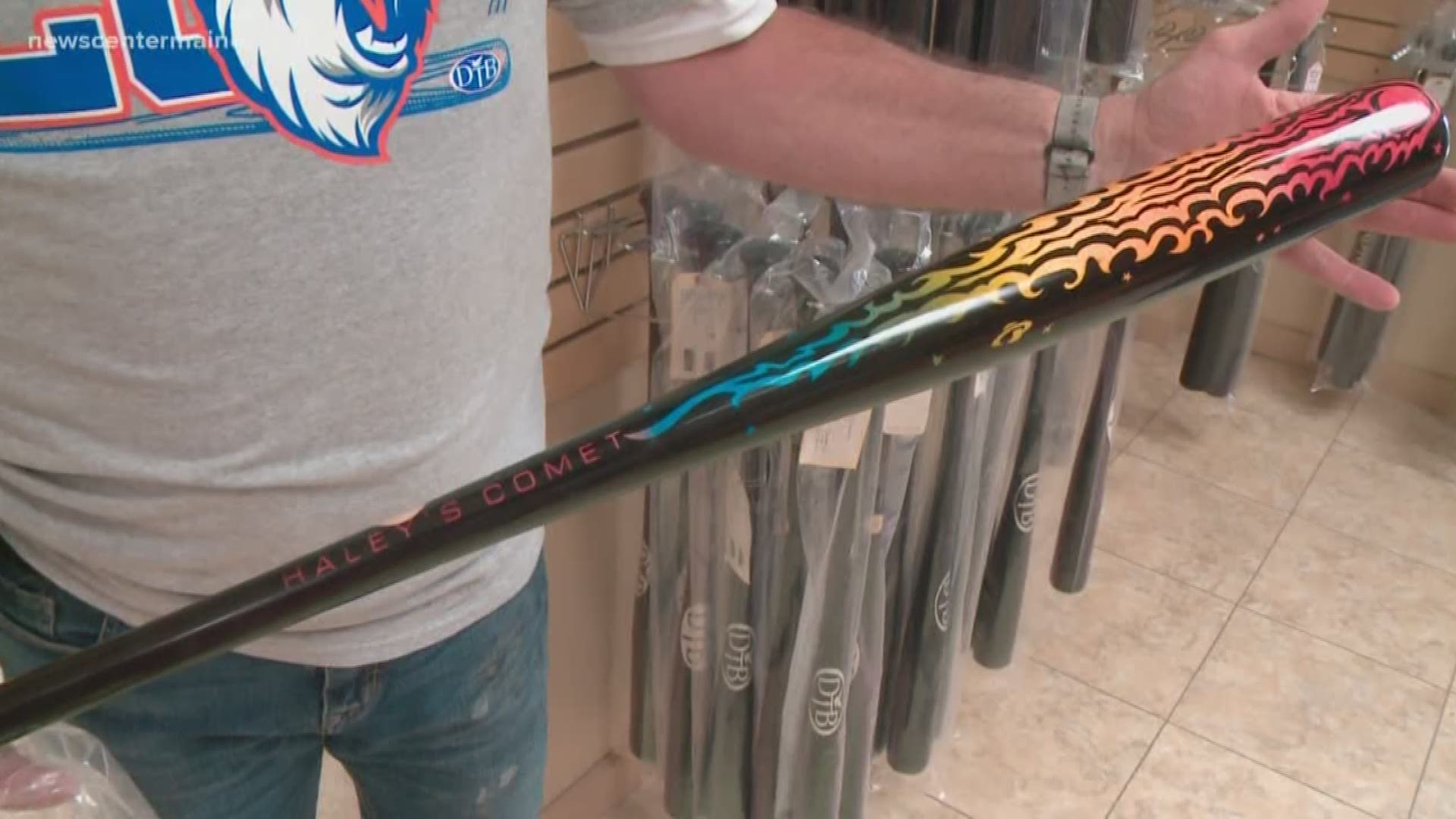 SHIRLEY, Maine — Maine may not be the first state you think of when searching for a professional baseball bat, but after tonight's All-Star game, Pete Alonso and Jeff McNeil of the New York Mets might just change your mind.

Alonso and McNeil will be hitting during tonight's game with Dove Tail Bats, a company based in Shirley, Maine.

Alonso, also known as the "Polar Bear," has made a big splash this year on the field. The 24-year-old emerged this season as a rookie first baseman for the Mets, recently tied Dave Kingman for most home runs before an All-Star break (30), and won the 2019 MLB Home Run Derby.

Twenty-seven-year-old McNeil has been nicknamed the "Flying Squirrel," for the Mets, and was selected for the All-Star game with an impressive .349 batting average. McNeil's been using Dove Tail for four years now, but this is Alonso's first year as a Maine brand rep.

Alonso will be using "Haley's Comet" Dove Tail Bats, while McNeil will bat with a signature "JMc Series."

"This is really big for us," said Paul Lancisi, founder of Dove Tail Bats.

Lancisi has been in the business for 10 years now. He started making bats with his son as a hobby that he "fell into," while building furniture as his main job. Since the inception of Dove Tail Bats, Lancisi's brand has been used by several major-league baseball teams including the Kansas City Royals, the Chicago Cubs, the Washington Nationals, the Cincinnati Reds and more.

Lancisi's high caliber bats speak for themselves -- there are two Dove Tail Bats currently in the MLB Hall of Fame, and during the 2015 World Series, eight out of nine Kansas City Royals starters opted to use Dove Tail Bats. The Royals won the series in Game Five against the Mets.

"You have all these kids watching the All-Star games and when they see their favorite players swinging our bats, they go to the store," Lancisi said.

While the competition of MLB baseball bat companies is daunting across the nation, Lancisi believes Dove Tail Bats hold quality like no other.

"There are 37 certified companies in the country, and we're the only one in Maine. The companies we go up against are multi-million dollar companies, but we make the best bat in the world," Lancisi said.

Both premiere players have been selected for the National League for their All-Star debuts this year and will play at 7:30 p.m. against the American League in Cleveland, Ohio.

Lancisi is excited to see his bat in Alonso and McNeil's hands.

"It means a lot to us. It gives us validation of the material that we're using from Maine -- that it's the hardest within the game, we have the best finish in the game, and the craftsmanship is top notch," Lancisi told NEWS CENTER Maine. "Our players are putting stock in that. Here's a guy that had a million dollars on the line and chose us. He had a lot of companies he could pick."

Last year's MLB All-Star game resulted in an 8-6 American League win in 10 innings, but Dove Tail Bats hopes to see their brand represented on Tuesday with a National League win.