With no fans being allowed inside the stadium, the team is having to improvise, creating custom cutouts of fans to fill the seats. 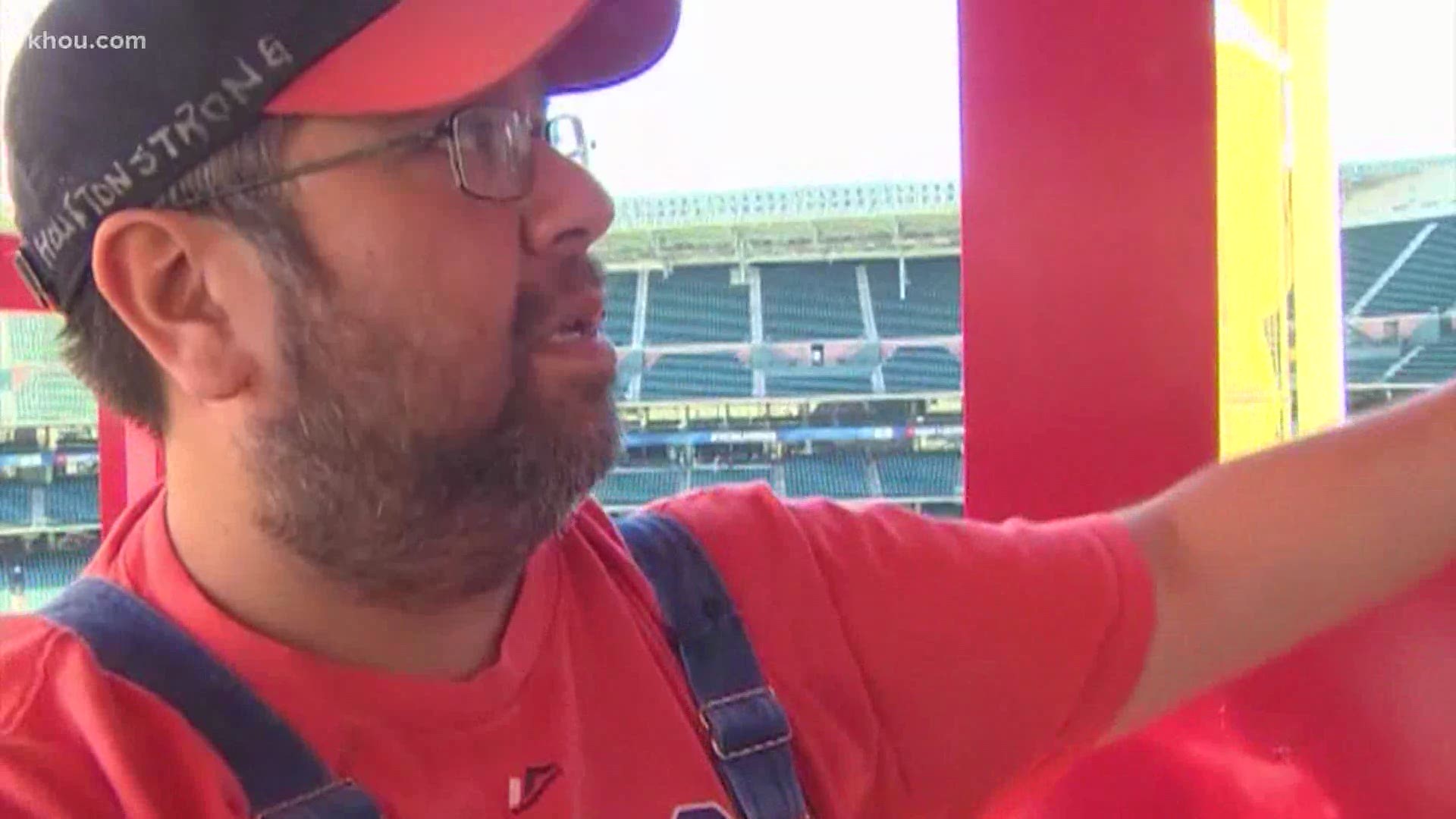 HOUSTON — The Astros will finally got to play at Minute Maid Park for the home opener. There are no fans allowed in the stadium, except for one.

Bobby Dynamite maybe has the best seat in the house, but this season, his may also be the only occupied seat in the ballpark.

“I've been socially distant in baseball for the last 20 years, so being up there by myself is not that big of a deal," Dynamite said.

Bobby Dynamite sees it all, perched atop the train.

RELATED: Astros Opening Day is finally here: How to watch, what to expect during COVID-19

But this year, he’ll probably be the only fan to see every play in person.

“I never lose sight of how lucky I am to get to do what I do, not just this year of all years, but over the past 20 seasons," Dynamite said.

And with no fans being allowed inside the ballpark, the team is having to improvise, creating custom cutouts of fans to fill the seats.

And to fill the void, fans are having to find another way to watch.

They’re showing their support from home with the whole family, from the kids to the pups. And even though the party can’t be at the park this season, the game is what you make it, masks and all.

And for Dynamite, he knows without fans, this season will look and sound very different.

“They’re such an integral part of the game," Dynamite said.

But says he’ll do his part to make us proud.

“I'll do the best I can and hopefully channel all their energy through me and to the team," Dynamite said.