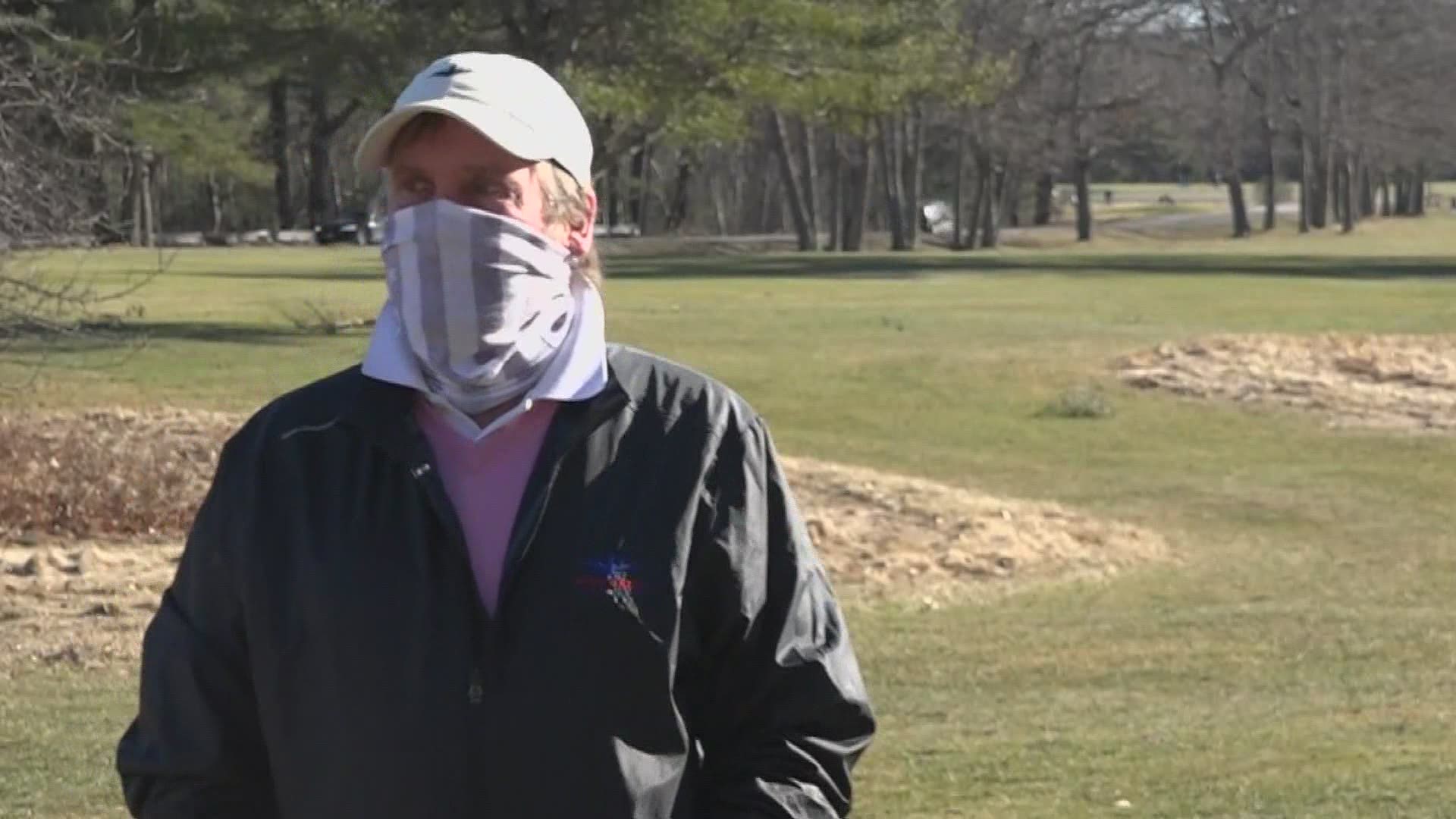 BRUNSWICK, Maine — If the first day of 2021 is any indication of how this year will play out, Mainers will take it. A beautiful day allowed for folks to go on walks, runs, or to hit the golf course one last time before spring.

Golfers at Mere Creek Golf Course in Brunswick are known to take advantage of nice winter weather. If there is no snow on the ground and if the weather is mild enough, Head Professional and General Manager Kevin Joseph will keep the flags on the greens until after New Year's Day.

“Well, it’s tradition. We play First Tracks every year that we can," he said. “It’s just a chance for folks to put their clubs away for the winter on a good note.”

The tournament is all about fun. 20 teams filled the tee sheet Friday to squeak in one final round of the season and get a head start on 2021. If you told Joseph in March his course would see record numbers and turnout including a 'First Tracks' tournament, he might not have believed you.

Like all businesses, golf courses took a hit during the onset of the coronavirus pandemic. Clubs were forced to close down for the entire month of April. In May, they could open, but all tee times had to be booked online and the pro shops and clubhouses were closed.

The uncertainty of the 2020 season became a distant memory once summer came around as Mere Creek and every course around Maine had more people than ever signing up for memberships, taking lessons, and booking tee times.

Joseph added Friday's for-fun tournament was the perfect way to end the season.

While it was the last day of golf for a while, Carol Thibeault's round was one of many to come. After more than 48 years in salons, Thibeault will be focusing on cutting strokes on the course, not hair.

“This is my first full day of retirement and I can’t think of a better way to spend it. I’m done hairdressing and I’m going to be doing a lot of golfing,” she said.

People all over the state and the country have set New Year's resolutions and you can probably guess some of the resolutions golfers at Mere Creek made.

"(I need to work on) everything, my whole game," John McCormick said on the second tee box. “I’ve never taken a lesson so I’m going to take a lesson.”

“One round every day, that’s about what I’m going to do," Chris Cahil said on the eighth hole.

“This year my resolution was to play in tournaments, and here we are," Laurel Dorian added.

After the final putt was made Friday, the flags were pulled off the greens and the course closed until the spring.