It's 2011 and the Bruins are headed to game 7 of the Stanley Cup finals. A Mainer triggers a last minute flight to Vancouver and has the night of his life. 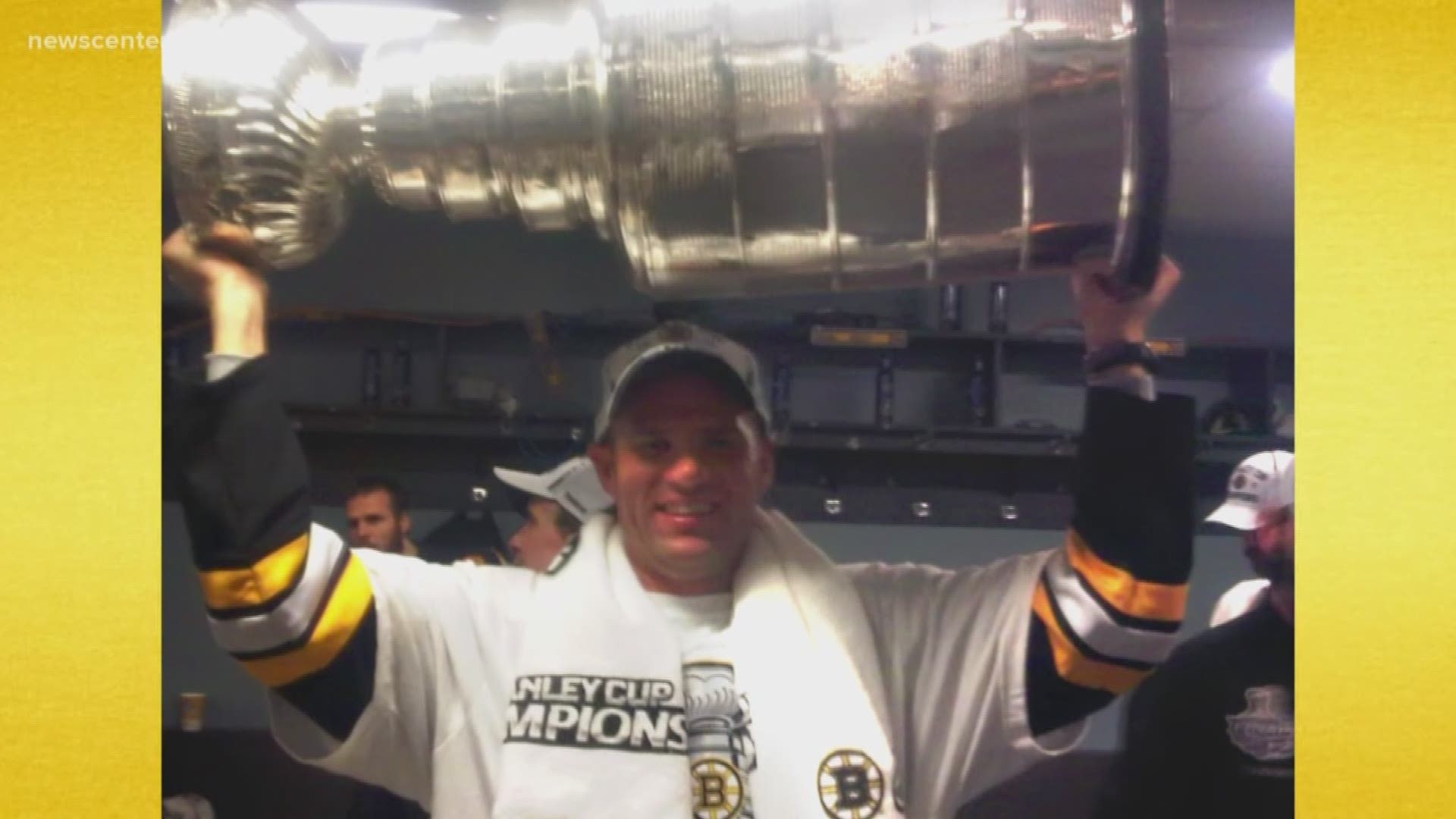 VANCOUVER, BC — David Weatherbie of Cape Elizabeth is about as big of a Bruins fan as they come.

He has been a Bruins season ticket holder since the 2007-2008 season, and has a dog named Patrice Bergeron (Bergy for short).

So in 2011, when the Bruins won game 6 of the Stanley Cup finals, Weatherbie and his business partner Jim Bonnvie decided to book last-minute cross country flights to Vancouver to watch their team play in game 7.

"It was a beautiful day, and we checked into our hotel and then went around town looking for a place to get a beer and a bite to eat," Weatherbie recalls. "Nobody would let us in!"

"We had our Bruins jerseys on and we weren't welcome anywhere. We were just booed out of establishments."

The rowdy Vancouver Canucks fans pushed them to the rink early.

Weatherbie and Bonnvie got tickets to the game in the family and friends section for the Bruins. They watched the game and chatted with the player's family members and friends.

"The game progresses and the clock is ticking down, and the people around us all have wrist bands to get into the locker room."

"I remember saying to my business partner Jim Bonnvie, 'we've got to find our way down there.'"

After the game ended and the Bruins had won 4-0, Weatherbie and his partner walked to the Vancouver bench.

"All of the security had gone down the tunnel with the Vancouver players, so I just jumped over the glass, literally just 4 feet down on the bench and then down on the ice."

When his partner Bonnvie tried to jump. He didn't get so lucky.

"Security caught him and brought him through and made him go back up in the stands."

At that point, Weatherbie had reconnected with some of the new friends he had made in the stands.

After the riots started, the arena security jumped into action. Everyone who was on the ice was corraled into the Bruins locker room -- including Weatherbie.

"We just stood there by Tim Thomas's locker and just watched the celebration go on. All of the guys took turns drinking out of the cup and Chara's passing it around to everybody."

The team wanted everyone to drink out of the cup and hoist it, including Weatherbie.

"They wanted everybody to have that opportunity."

At one point, Weatherbie began telling the players what he'd done and their reaction was pure excitement.

"They were so happy to know someone had traveled all the way from Maine to watch them play."

"It was a night that, you know, it's something you're never going to forget."