After canceling the entire 2020-21 season due to the pandemic, the Maine Mariners announced they will play this coming season 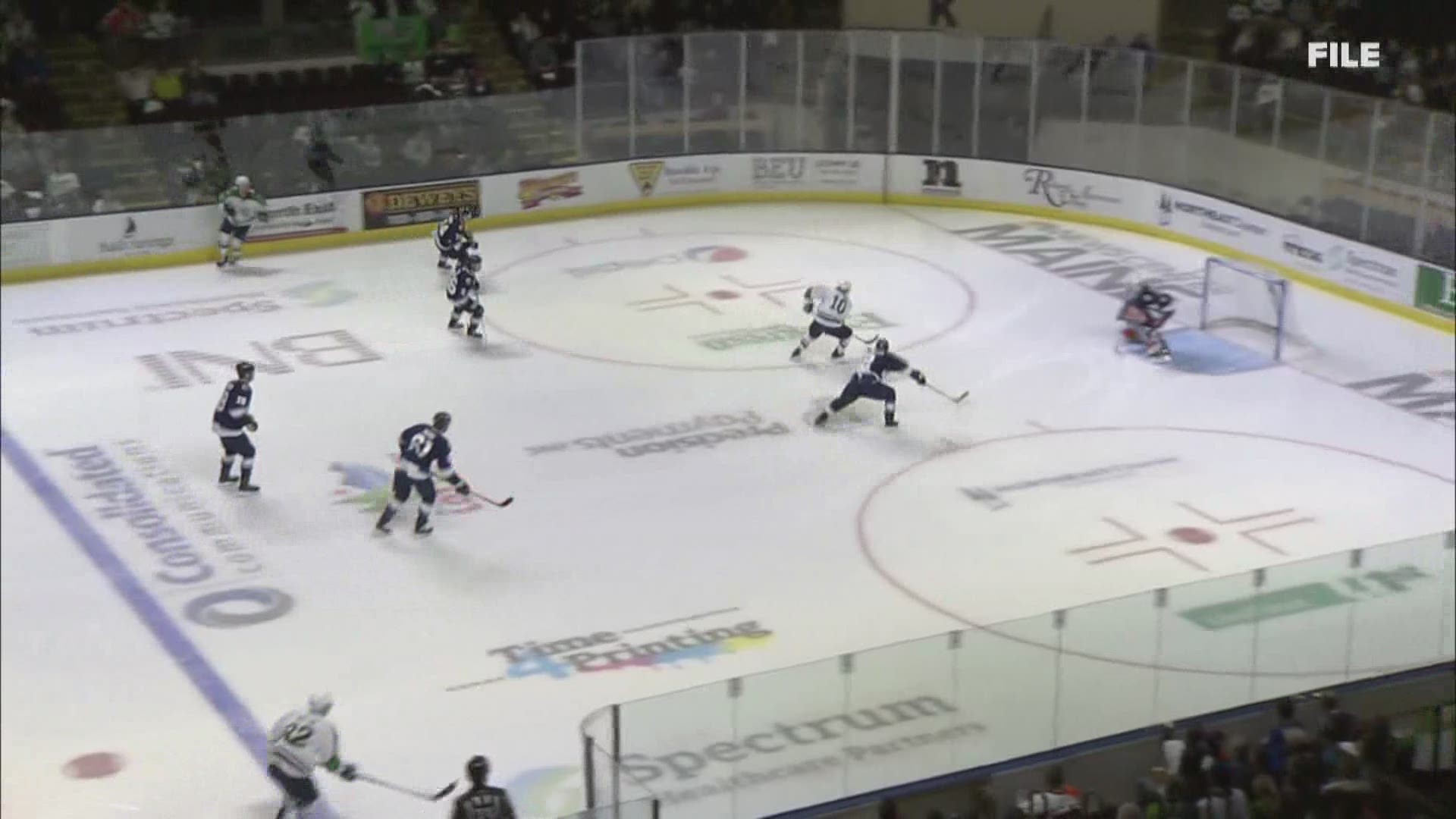 PORTLAND, Maine — The Maine Mariners will be back on the ice this fall, after canceling all of last season due to the COVID-19 pandemic.

The team announced Monday it will drop the puck on Oct. 22, 2021. Adam Goldberg, the team's vice president of business operations, said there's excitement at the Cross Insurance Arena knowing that there will be hockey there this season.

"It's a light at the end of the tunnel, it's a date that we can look out and say we will see players on the ice, we will see goals scored, we will see crowds in the stands," Goldberg said.

He added that the team will continue to follow all safety guidelines put in place by the state.

"I don't really know what the capacity might look like if we're going to have restrictions if any but we're doing to be ready by the time the puck drops in October. I think as we start to get some clarity as we go through the summer, we'll start to learn a little more about that," he said.

Today @MarinersOfMaine announced its season opener. After missing all of the last season, there's an excitement at the Cross Insurance Arena again #NEWSCENTERmaine pic.twitter.com/4qSuagJZPH

Gov. Janet Mills announced Friday that restrictions will soon begin to loosen, including increasing capacity for indoor and outdoor events.

"Based on everything that's happened, the governor's announcement on Friday with capacity restrictions being eased, it just feels like we're going in the right direction and to be able to add to that good news from Friday, a home opener date today, certainly makes for an exciting few days," Goldberg said.